“Why do all the pro-vaxxers fall ill with Covid?”

A scheduled Rolling Stones performance out of Amsterdam that was slated for June 13th was canceled after frontman Mick Jagger tested positive for COVID. According to The Gateway Pundit, all of the members of the band received their COVID jabs back in 2021.

The band made the announcement via Facebook and Twitter of the canceled show on the day it was meant to kick off, informing ticket holders that their original tickets would be honored at a later rescheduled date.

“The Rolling Stones have been forced to call off tonight’s concert in Amsterdam at the Johan Cruijff Arena, following Mick Jagger testing positive after experiencing symptoms of COVID upon arrival at the stadium. The Rolling Stones are deeply sorry for tonight’s postponement, but the safety of the audience, fellow musicians, and the touring crew has to take priority.”

While some of the comments posted in response bore some of the expected “get well soon” and the ilk, there were others who were genuinely peeved that the show was canceled, considering some had shelled out quite a bit of money in terms of travel and lodging to see the band.

One Twitter user posted in response, “Absolutely gutted for Mick and me and the thousands of people who spent thousands getting there. Spent nearly 2 grand getting there, money I couldn’t really afford, but I thought maybe it was the last time, maybe the last time. It would be great if someone could pick up the tab!!”

Another Twitter user pointed out the extremely late notification of eth show being canceled – namely because it was canceled on the day of the event – writing, “Pretty late to communicate, that asks for large compensation!”

Of course, there are those asking about what they’re supposed to do in the event they’re unable to make it out to Amsterdam for whenever the rescheduled show is announced – again, a perfectly reasonable inquiry.
But outside of folks bemoaning the extremely late notice of having the tour date canceled (and thus being stuck with a ticket that who knows when will be honored, as well as being out of costs associated with travel), there are those poking fun at the effectiveness of the COVID shots. 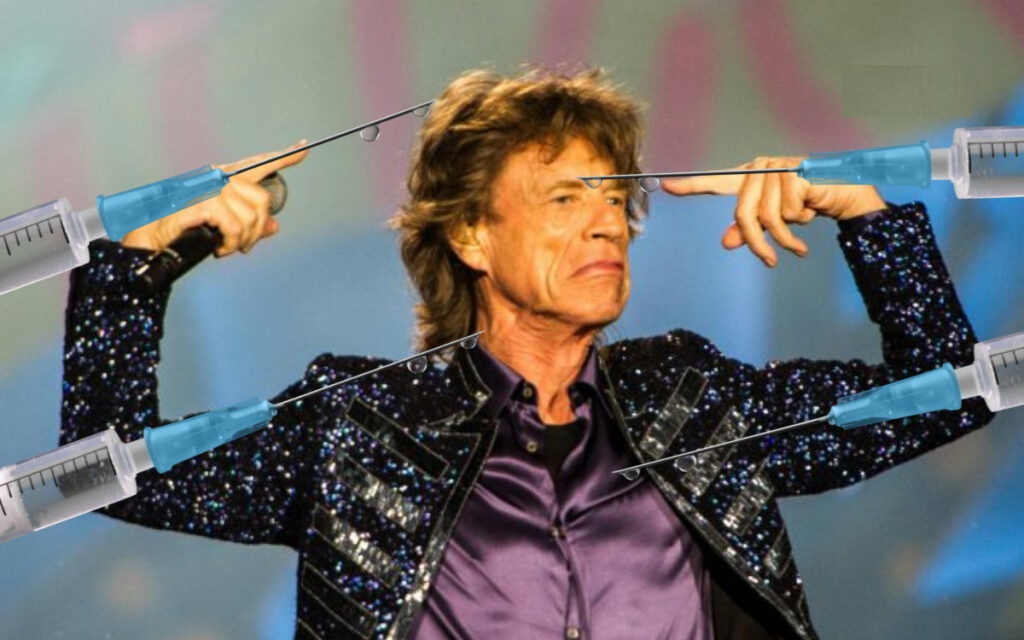 PrevPreviousAnother Blatant Attack on the Food Supply… MSM Is Blaming the Heat…or Was It Another Energy Weapon Attack???
NextClown Fauci Caught Lying Yet Again. Prison Is Coming Tony, With Bill, Your Partner in CrimeNext