Eminent Sydney cardiologist Dr Ross Walker says in a bombshell interview that it was the wrong call to preference mRNA vaccines, citing a rise in heart-related complications and side effects in his practice.

A leading Australian cardiologist has criticised the government’s decision to push ‘experimental’ mRNA vaccines as the conversation about side effects gathers mainstream momentum.

Speaking with Tony Jones on 3AW yesterday, eminent Sydney cardiologist Dr Ross Walker said that he has seen in his own practice ‘a lot of people who are getting the RNA vaccines, getting problems’.

Walker is part of a growing number of health experts concerned about the impact of vaccine side effects and specifically its impact on the heart. His comments on 3AW sit in contrast to the government’s official recommendations.

The Australian Technical Advisory Group on Immunisation (ATAGI) released a statement in July last year recommending Pfizer as the preferred vaccine for those aged 16 to under 60 years while it currently recommends Novavax to be used as a booster shot only in cases ‘where an mRNA vaccine is not suitable’.

The on-air conversation between the pair stemmed from an earlier segment on Channel 9’s Sunday Footy Show, where Jones was joined by a panel of sports commentators in a discussion about Brownlow medallist Ollie Wines who was taken to hospital suffering symptoms including heart palpitations, nausea and dizziness.

While doctors officially ruled out both a vaccine link and Myocarditis in Wines’ case, Dr Walker provided a different insight into what he believes is occurring.

“I’m sure what happened to Ollie is, they probably did an ultrasound on his heart and it was completely normal, so they then ruled it out and said there’s nothing wrong with your heart, but it doesn’t have to be to that level, that’s very rare, that’s four per million to get the full-blown Myocarditis.

“But I’m saying I see a lot of people with cardiac symptoms, chest pain, palpitations, shortness of breath, dizziness but when you look at their heart there’s not much to find, and so I’m just saying this is a presumed diagnosis without having good clinical evidence that it is full-blown Myocarditis, because it isn’t.“

A clip from a Sunday Footy Show segment went viral on social media as the sports panel openly discussed the prevalence of heart conditions and Bell’s Palsy in the AFL as well as the global sporting community.

Bell’s Palsy and heart conditions such as Myocarditis, both of which are acknowledged mRNA vaccine side effects, have risen in recent years around the world. The Australian Department of Health has confirmed that there is a small but increased risk of developing these conditions following an mRNA Covid vaccine such as Pfizer or Moderna.

Panel member and former Essendon star Matthew Lloyd revealed on the program that he is battling with Bell’s Palsy.

“I am still seeing them (side effects) in a greater rate in people who have been vaccinated, whether it be Tinnitus or Bells Palsy or just really weird syndromes people are getting, so I think we’ve got to look at it … When AstraZenica and Novavax are old technologies that have been repurposed for the Coronavirus, whereas the RNA vaccines are experimental and new technologies that we don’t have any good long-term view with this,” Dr Walker said.

“All I’m saying is, we’ve done this, most people have gotten away with it and have had a very good coverage of Pfizer and Moderna but now we have Novavax and we still have AstraZenica, why not go for the more long term … tried and trusted vaccine?“

Conversations about vaccine side effects have been treated as taboo by the Australian media during the pandemic, with many on social media praising Jones and the Sunday Footy Show for having the courage to say in public what many are now talking about in the sporting world behind closed doors.

“I think it’s a conversation that we need to have, because we’re hearing far too many stories about people who are suffering ailments of some sort … It’s almost like you’re too scared to raise it for fear of being an anti-vaxxer and just because you want to query something it doesn’t mean you’re an anti-vaxxer does it?,” he said. 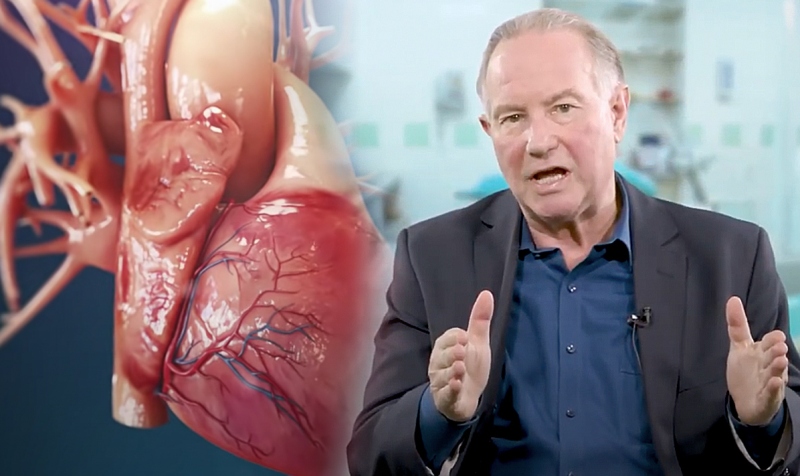 PrevPreviousThe Sequel to the Fall of the Cabal – Part 18 – COVID 19 Part I
NextTruthbook.social Finishes Its Software Upgrade To Improve Its Apps and User Experience and To Handle Further GrowthNext