BlackRock, the world’s largest asset manager, is planning to offer a crypto-trading service to its investor clients, according to a CoinDesk report.

The crypto space has attracted significant institutional interest and participation over the past 12 months or so, from the likes of Goldman Sachs, Fidelity, Citibank, Bank of America, Morgan Stanley, JP Morgan (despite CEO Jamie Dimon’s disdain for Bitcoin) and other financial titans globally. Even the Commonwealth Bank of Australia.

But BlackRock… which now manages over US$10 trillion in assets for more than 1,500 institutional investors… this would be the biggest of the lot, if the rumours turn out to be accurate.

Three people reportedly familiar with the matter have told the US-based crypto media outlet CoinDesk that trading will be facilitated by portfolio-management system Aladdin, which the asset manager refers to as its “Asset, Liability, Debt and Derivative Investment Network”.

One of the sources reportedly claimed BlackRock will be letting its clients get access to loans by putting up cryptocurrency as collateral with “client support trading and then with their own credit facility”.

The comments from the other two anonymous people quoted were as follows:

• The assest manager is apparently interested in getting “hands-on with outright crypto” and is “looking at providers in the space”.

• There is a working group of “approximately 20 or so” evaluating bitcoin and cryptocurrency inside BlackRock. And: “They see all the flow that everyone else is getting and want to start making some money from this.” 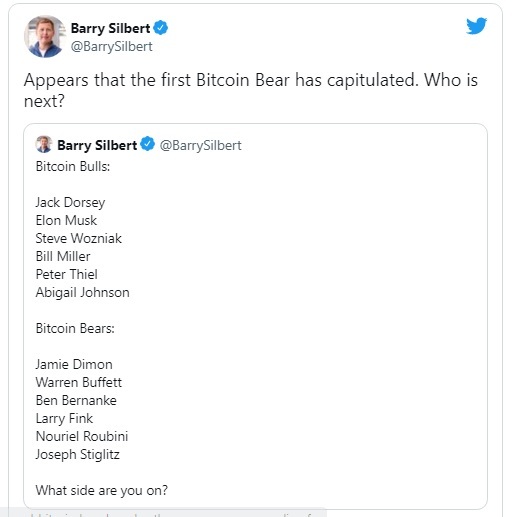 While this is big, it wouldn’t be the first time BlackRock has shown interest in crypto.

As early as December 2020, for instance, the firm’s CEO Larry Fink was mentioning Bitcoin’s growing search volume as proof of increased legitimacy for the asset class.

And according to a Reuters report from May last year, Fink said BlackRock was studying Bitcoin to determine whether it could offer countercyclical benefits, and that cryptos could potentially play a role in long-term investing as an asset class similar to gold.

Furthermore, BlackRock owns a large stake in the largest corporate holder of Bitcoin – Michael Saylor’s MicroStrategy company – and it has a filing for a crypto-focused exchange-traded fund (ETF) sitting in the SEC’s in-tray. 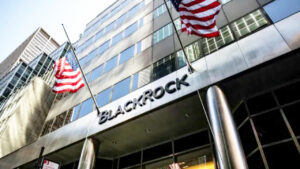