Hey Alan. Australian National Review Would Hire You for a Weekly Episode. You’d Be Free To Help Your Country and Speak the Truth Alan and Defend Our Nation the Best You Can

Hey Alan. Australian National Review Would Hire You for a Weekly Episode. You’d Be Free To Help Your Country and Speak the Truth Alan and Defend Our Nation the Best You Can

Australian National Review would hire you for a weekly episode and unlike Murdoch as a new employer, you’ll be free to even talk about the experimental drugs disguised as quackzinne’s and their deadly impact on fellow Australians and how much mainstream media gets paid to push them, then paid to cover up the deaths and injuries they cause, which you were banned at Skynews for discussing, as they take a lot of money from quackzinne makers to shut the truth up and is why you are being booted Alan.

You no longer would be considered controlled opposition but free to talk about all topics of public interest.

Mainstream media is a sinking ship anyhow, so it’s a good time to abandon them, but please Alan do not take any more quackzinne’s, in fact as a condition of your employment you would be required to so no to deadly medical experiments, as we need to keep you alive and well unlike your competitors who will be dead within 3 years from being pin cushions. You’d be free to help your country and speak the truth Alan and defend our nation the best you can.
Words can win this war and your words are needed now more than ever as a voice of reason in a nation that’s quickly falling to global communism, as we are a not for profit we can’t offer the big bucks but we can offer a platform that’s millions of viewers are moving to and you can help us build our 24hour Global Independent News Media Channel and create your greatest legacy, by helping save our nation and the world.

I quote” Mainstream media is as good as dead, so jump ship now to independent media.” 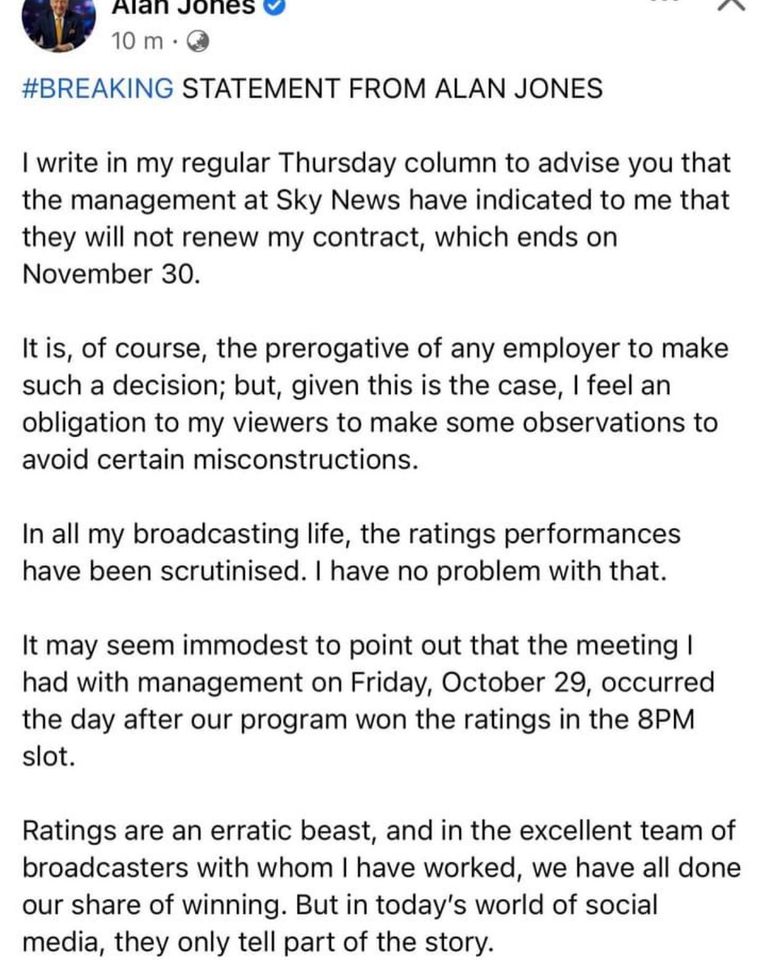 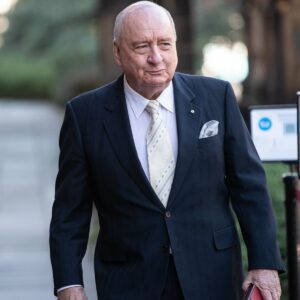 Lynn Scott
Absolutely Alan Unleashed. Imagine what he can say once free of the Murdoch constraints. Whatever his past or rumours of his past, he is clearly trying to do the right thing now. Join the club of those who can now speak before they are free of constraints, like the nurses, doctors, paramedics, etc.

Creagh G Bell
You’ve not heard the suspicions though about him having a liking to let’s say younger ones?

Debra Beaupeurt
Was he given a reason?

Missy White
he can go on New Start