Keep up to date with Australia National Review Independent Media, Join Jamie McIntyre in Canberra & support the political revolution with the growing protest. Will it bring about the downfall of our Govt? Have your say.

ANR Chief Editor, Jamie McIntyre, Encourages Australians To Join Him and Others in Canberra, To Take Back Our Country From the Globalists Foriegn Powers Dictating a Medical Tyranny via the WHO and the Vaxxine Cronies.

ANR Chief Editor, Jamie McIntyre, encourages Australians to join him and others in Canberra, to take back our Country from the Globalists Foriegn Powers dictating a medical tryanny via the WHO and the vaccine cronies. The vaxx mandate must end as they kill daily up to 100 hundred Australians and injure thousands daily, yet spun by the mainstream media and Government as Covid deaths.

They spread dangerous and deadly misinformation such as “ they are safe, effective and necessary “, yet are deadly, ineffective, and totally unnecessary, and recent Court Ruling said “ to take one is committing suicide, as it’s well known they have fatal side effects and are a phase 3 medical experiment,

Facebooks recent share crash was because they deleted the Canadian Truckies, so they deleted Facebook and they had a net loss of 1 million users in Canada.
It’s time we all stand up to Big Tech bullying and telling us what we can and cannot say.

Truthbook.Social a new social media platform founded by Independent Media is growing faster then Facebook did and you won’t get banned for speaking the truth. Join the community now. [a]www.truthbook.social[/a] is offering $100 USD in Crypto to delete Facebook . ($50 USD to join) If you post that you are deleting Facebook, on your Facebook account, but leave the post for at least a week or longer, and come join yourself on [a]www.truthbook.social[/a]. Then you simply post to your new truthbook.social account, the same post, and they’ll give you $100 USD in crypto [a]www.truthcoin.social[/a] immediately which 3 months after late May listing on Exchange’s can either be sold or can also from day one convert it to spend at over 38,000 merchants or of course use it as a way to pay for advertising across Independent Media and also Truthbook.
www.truthbook.social to join for free 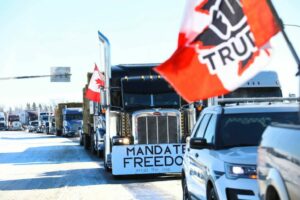 PrevPreviousHow Many Must Die From the Vaxxines Before Enough Is Enough
NextShock: Thousands on Twitter Say They ‘Regret’ Getting the Vaxxine — ‘Side-Effects Worse Than C0VID’Next