Victorians Should Simply Leave and Start a New Life Elsewhere

Victorians Should Simply Leave and Start a New Life Elsewhere

If you think you’ve had it tough so far, it’s nothing to what’s planned. Let the Globalists and Dictators, dictate themselves in the ruins of a once great city.

The Rockefellers are up to 120 Resilient cities globally now which Melbourne has been their main focus. Dan Andrews has spent $2.6 billion of your money to buy military hardware and assault weapons since 2018, to squash any resistance to the communist takeover, and the will use deadly force. The concentration camps are being build with your taxpayer money as we speak. This isn’t over folks. It’s about to start and Sydney will be bad to , just not as bad as Melbourne. We should focus on saving the rest of the country for now. I would suggest the Brisbane line again but above it.

However many cities and countries have already said no to these creepy dodgy elites and more will. But for now Melbourne has fallen.

If you fall for the lies you get your life back or travel again if you take the jab, you are following orders of the Globalists – criminal elite that you don’t want to know their actual agenda.

But for now Melbourne and Victoria are a failed state, that will be locked down for 3.5 more years, unless the Globalist Great Reset Agenda is destroyed and the Covid fraudsters arrested and locked away forever.

Their is a better life far away from Victoria.

We can stake a stand and try and safe part of our nation, and one day take the entire nation back. Until then Melbourne will become a far more dangerous place to be. 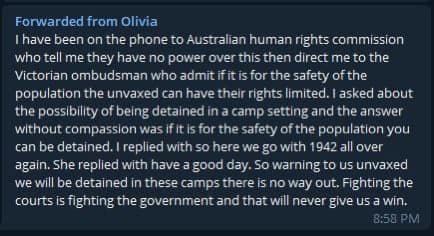 Erin Kelly
Andrews is unfortunately just very open of what is to come for all states.. The rest are biding their time and slowly implementing the exact same measures.

Paris Larisa Louise Marshall
Technically the line is above Noosa!!!

Anca Vereen
What about countries like England ? What’s ur take on that?!

Nassy DA
Where do you suggest to go? Is any other state any better?

Michelle Beckett
It would be great if all the pro covid vaxxed communist loving lefties moved to Victoria and left the rest of the country to democracy and freedom lovers. Be as crazy as they want who cares?

Michelle Kauler
You can run but you can’t hide so stand your ground and say NO!

Veronica Ferguson-Perez
Personally I think NSW is going to be the only place to go – provided they keep their current guy in power. Anna in Qld only appears nice to outsiders as the state doesn’t have much Covid…but she’s happily locked out Qld residents for months on end while allowing in footballers etc. And will jump on the vaxx segregation issue without blinking an eye.

Veronica Ferguson-Perez
Anna is building camps in Qld too and has already stated they’re for the unvaxxed. So don’t think Qld is a safe haven.

Veronica Ferguson-Perez
Yes…they’ve already moved to Qld and are pricing locals out of the property market. Qld’ers are having to move further north in their own state. Not sure the move can be sustained. Send a few to WA please 🤣 I think it’s naive to assume it won’t reach Qld. There’s very clear signs of it here and Anna just stated the other day the camps she’s building are for the unvaxxed. 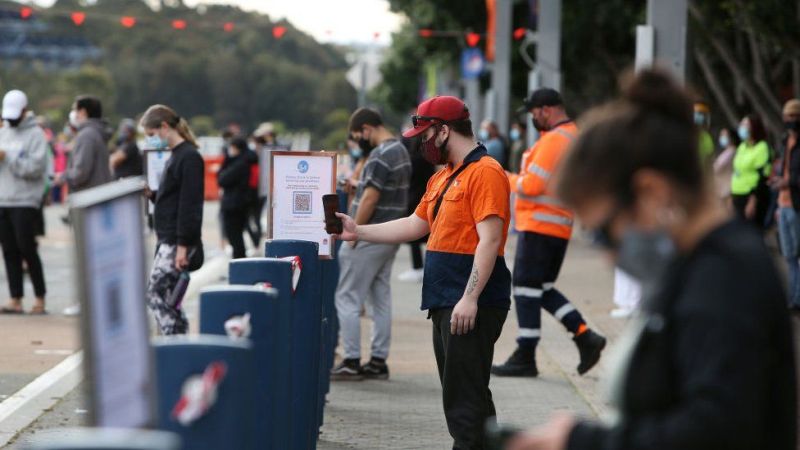 PrevPreviousAustralian Actress Suffers an All to Common Side Effect of a Stroke After Taking AstraZeneca Vaxxine and MSM Tries To Spin Its Rare As They Are Paid Millions To Cover Up Vaxxine Death and Injuries
NextHow To Be Number 1. Avoid Blood Clots and Heart AttacksNext