A new Angus Reid poll is shedding more light on why a small number of Canadians are still not getting vaccinated against COVID-19. The majority of respondants say they based their decisions on personal freedoms and health concerns. And as John Hua reports, misinformation is still driving these people away from the vaccine. 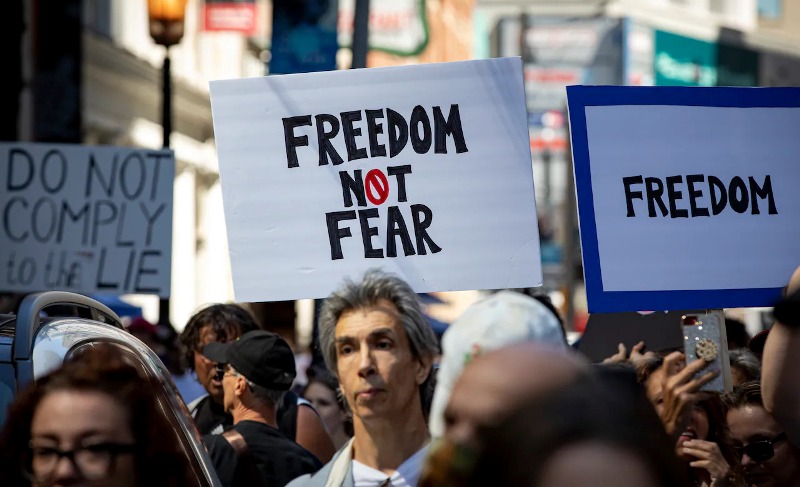 Trish Currie
If health care workers are not willing to take the shot, what does that say! I would believe the healthcare workers concern over a political agenda, any day!

Wes DeLong
Love the use of quotes for “health concerns.” So smug and condescending. I had a “TIA stroke” hours after my first pfizer shot. A neigbour of mine, a few years older had a “heart attack” and quote unquote “died.” Another neigbour said the one who died just had his shot shortly before.

Mark Gillogly
Love that balanced reporting with plenty of interviews with spokespeople opposed to getting this vaccine.

Natasha Duboski Backer
Coercion doesn’t mean you want it or agree with it. Most that have gotten it have only done it because their jobs are dependent upon it.
This is coercion and extortion!
What ever happened to my body, my decision!?

Sharron Gibbon
Stand strong Canada sending love, strength and determination from Australia. We are in the same position under Dan Andrews

Michael J Wemyss
Hostile????? Unbelievable. Global news is a farce . How dare you lie and alter definitions of words. F you media.

Heather McKinlay
Omg what kind of news piece is this?????!!

Mark Weiler
Been nothing from the government and the media from the very start.

Josie E Adams
Where are the investigative reporting for long covid?

Sherry Gates
My husband works in a hospital, got covid (has all kinds of underlying medical conditions including over 20 surgeries), in his late 50’s and he said it was like a bad flu but he was totally fine. The rest of us in the house didn’t get it at all. He has antibodies to this virus yet he had to get dbl vaxxed so he wouldn’t lose his job even though he has antibodies = natural immunity! If that’s not insanity, I don’t know what is.

Joanne McKee
Reinstate liability against big phama might sway us!?