Could This Jewish Ban on C0VID Vaxxines Turn the Tide?

Could This Jewish Ban on C0VID Vaxxines Turn the Tide?

IN a major development which could have far-reaching consequences, a Hasidic rabbinical court in New York ruled on November 1 that it is ‘absolutely forbidden to administer the mRNA Covid-19 vaccine to children, adolescents, young men and women.

A rabbinical court usually consists of three people, and some in the US are often lawyers too. They are often formed to resolve issues through the interpretation of Jewish law. The rulings of a rabbinical court outside Israel are often used by Jews to settle disputes within their communities. Some rabbinical courts are conducted in ways which respect secular law, so that rulings can be legally binding and enforceable in a secular court system. In Orthodox Judaism, the rabbinical court will be made up of at least one rabbi and two other observant men, experts in Torah (Jewish law) and the matter which is being addressed.

This particular court is a Hasidic one. Hasidism is a religious movement founded in the Ukraine in the 18th century, deeply rooted in Kabbalah, and its followers are devout. There are several different groups within this movement, each with their own unique interpretations of Hasidic Judaism.

In this case, the three court judges are religious leaders in their respective communities in New York State. In their ruling they declared: ‘It is best to err on the side of caution and abstain from taking the injection, rather than endangering one’s life by performing an action that can engender immediate and direct harm. Especially since there are other medical treatments that work . . . and that are not harmful.’

The ruling also states: ‘It is an explicit obligation to protest against this mandate, and anyone who can prevent the injection from being forced upon our youth must do so, forthrightly and emphatically.’

And: ‘Much harm appears to be caused to pregnant women as a result of the injection, possibly due to the antibodies that the body develops against the protein called Syncytin‐1, or from the SM102, or from the micro blood clots caused by the injection.’

And: ‘For older adults and the elderly, further clarification is needed (but as mentioned above, there are efforts to obscure the data, and it is presently difficult to attain accurate clarification). However, practically we have seen breakthrough cases, indicating that there is no substantial difference between those who received the mRNA and those who did not. The number of Covid patients are about the same, comparatively, in both demographics.’

The judges explained: ‘We also heard from doctors who invented and manufactured the mRNA, who testified as to its function (most doctors in medical practice are not experts in these matters at all, and from our experience and as is well‐known, they merely relate the information provided to them by the NIH, CDC, etc). They illustrated to us the profound danger and harm inherent in this new technology. They showed us how the governmental agencies and the pharmaceutical companies deny this fact, and how they conceal the data, making it so difficult for the public to realize the severe adverse reactions and mortalities that have befallen so many people who received the injection. We were also made privy to how they withhold the said information through various means, preventing the injuries and deaths from being publicized by the media or on the internet, as known.’

There is a principle in Judaism called ‘pikuach nefesh’, in which every single Jewish law can be broken to save a life. There are few exceptions to this law, one being that a person is forbidden from killing another to save a life. Given the rationale used by the judges to explain their decree, it seems that this very important Judaic principle may have guided them.

They have certainly made it obvious that their decree is based on ‘halachah’ (Jewish Law): ‘Therefore, we hereby express our rabbinic decision, as per the teachings of our holy Torah.’

“Halachah’ guides the everyday life for Jews and experts in it are tasked with interpreting it for contemporary situations and issues.

Little information is available as to why the court was formed to judge solely on this matter, or on the workings of Hasidic rabbinical courts. So it’s useful to look at the rules and regulations of the biggest Orthodox rabbinical court in the US, the Beth Din, for insight. Rabbinical courts are known as ‘Beit Din’. The rulings of a rabbinical court outside Israel are usually used by Jews to settle disputes within their communities; secular law is applicable as long as this doesn’t transgress a particular ‘Jewish law prohibition’.

Some rulings are binding in secular law, such as arbitrations which are fully enforced by secular courts in business disputes. The practices and rules of the Beth Din may differ slightly to that of a Hasidic rabbinical court, but the principles will be similar in the deference to ‘halachah’ and the use of experts for testimonies, evidence and rulings.

This decree on the Covid-19 vaccine should be binding to the Hasidic communities which the Rabbinical court serves but its implications expand far beyond these communities. The judges ruled that mandatory Covid-19 vaccines transgress Jewish law, which means it could be anti-Semitic to enforce it on religious Jews who have no wish to take it. Other rabbinical courts might disagree with the interpretation but given that it is based on expert testimonies and evidence, and centred on ‘halachah’, it will be hard to dismiss. It is a vital document to any Jew needing a new halachic interpretation of the obligation to take the Covid-19 vaccine.

This Hasidic rabbinical court in New York has broken rank and set a precedent. They may be the ones to save us all. 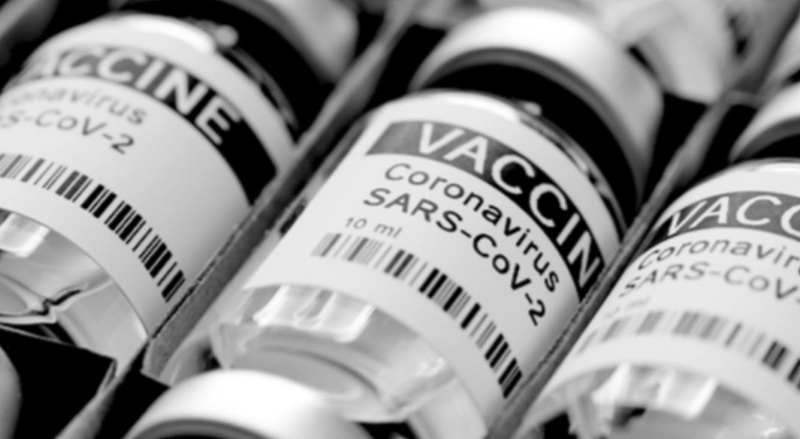 Everyone Will Wake Up in Their Own Time, if It Doesn’t Kill Them

Observations From an Experienced Nurse About the C0VID Vaxxines

Is AHPRA Hiding Just How Many Medical Professionals They Are Bullying?

Therapies To Prevent Progression of C0V-19, Including Hydroxychloroquine, Azithromycin, Zinc, and Vitamin D3 With or Without Intravenous Vitamin C: An International, Multicenter, Randomized Trial