Thousands of potentially disease-ridden monkeys crisscross the U.S., often without legally required inspections, according to primate researcher Lisa Jones-Engel, Ph.D. The monkeys are destined for labs where they’re used for medical research that most often produces little in the way of meaningful results.

The transportation of potentially disease-ridden monkeys used for medical research is a $1.25 billion international business.

In the U.S., much of that research — largely funded by U.S. taxpayers — is “irrelevant,” “misleading” and poses a serious public health threat, according to a senior research scientist at the Washington National Primate Research Center.

In an article she authored for the Independent Media Institute, Lisa Jones-Engel, Ph.D., who has studied primates for nearly 40 years, wrote:

“Despite decades of promises and hundreds of thousands of dead monkeys, experiments using monkeys have not resulted in effective vaccines for HIV, tuberculosis, malaria or other dreaded human diseases.

“COVID-19 experiments have shown the scientific community how irrelevant and often misleading monkey studies are.”

Conducting medical experiments on animals is fraught with ethical issues, but even more so when those experiments produce little in the way of meaningful results, according to Jones-Engel.

But in addition to the pain and suffering inflicted on the animals, the transportation of those animals poses health risks to humans.

Jones-Engel cited the example of an incident that occurred in January, when a truck carrying 100 macaque monkeys to a Centers for Disease Control and Prevention (CDC)-approved laboratory in Florida collided with a dump truck near Danville, Pennsylvania.

The crash caused multiple crates of monkeys to burst open, and three monkeys escaped into the surrounding area.

Police said the shipment of monkeys was en route to the CDC facility from New York’s John F. Kennedy Airport, where they arrived from Mauritius, an Indian Ocean island nation.

The shipment had not yet been inspected by a veterinarian to ensure the animals posed no risk to human health.

The Atlanta-based CDC said the agency was providing “technical assistance” to state police in Pennsylvania, The Associated Press reported.

Upon arriving and doing a risk assessment, representatives from the CDC decided the three escaped monkeys must be shot on sight to mitigate the possible spread of disease.

But before this was carried out, a crash witness stopped to assist at the scene and came in close proximity to the monkeys.

In doing so, she was potentially exposed to diseases commonly carried by the monkeys including:

The woman, Michele Fallon, tried unsuccessfully for more than 10 days to get clear health information and support from state and federal health officials.

“For the past two weeks I have been trying to get answers and information [from them],” Fallon told Penn Live on February 8. “I have been very clear with the Pennsylvania Department of Health about my exposure. I deserve answers,” she said.

Fallon ultimately tested negative for the herpes B virus, commonly carried by monkeys and potentially fatal to humans.

“The lack of transparency from the CDC about the status of the surviving monkeys or even the location of the CDC-approved quarantine facility to which they were headed is disturbing,” Jones-Engel wrote.

“Pause for a moment and consider the magnitude and cost of this monkey madness: In January, the disaster involving the truck transporting monkeys took place in Danville, next month, it could be in your community.

“No one is safe — the monkeys are on the move the moment they arrive in the United States. Packed into small wooden crates, separated from their family and friends, they’re terrified, cold and hungry.

“In this vulnerable and stressed condition, they are likely immunocompromised, which increases the risk that they will shed pathogens that can cause diseases in humans.”

Not all the monkeys make it out of quarantine alive, according to Jones-Engel, and the dangerous pathogens the CDC is screening for are often missed and show up months or years later, threatening public health and further undermining the utility of these monkeys as biomedical models.

Post-quarantine, the surviving monkeys are dispersed to commercial facilities and laboratories around the country.

“Even the experimenters themselves have acknowledged that the large colonies of monkeys at their facilities — in places such as Texas, Florida, Louisiana, Georgia, North Carolina and California — are a threat to public health,” Jones-Engel wrote.

People for the Ethical Treatment of Animals (PETA) last month announced it had obtained and reviewed documents revealing that in the midst of the COVID-19 pandemic, shipments carrying nearly 2,000 monkeys were crisscrossing U.S. highways in violation of federal law.

The imported monkeys were transported without the veterinary inspections required under the federal Animal Welfare Act to ensure they posed no health risk to humans, the organization stated.

“Monkeys who have tuberculosis, West Nile virus, malaria, Chagas disease, salmonellosis, herpes B, and other conditions that are transmissible to humans are in U.S. laboratories right now and have been transported via truck throughout the country.

PETA filed a complaint with the U.S. Department of Agriculture (USDA) and called on the agency to investigate primate laboratories for disregarding federal laws designed to protect animals and the public from dangerous diseases.

The group also urged the USDA to suspend the research facilities’ licenses and pursue pertinent civil and/or criminal penalties for breaking federal law.

Federal law requires all monkeys be examined by a veterinarian within 10 days of shipment when transported between laboratories and/or breeding facilities to ensure they show no signs of disease that could infect humans or other monkeys.

PETA gathered documentation showing more than 55 violations of this law since December 2020.

“At least 1,881 monkeys who had not been examined within the required dates were trucked to and from multiple states, including Florida, Maryland, Massachusetts, Michigan, Nevada, Ohio, Texas, Utah, Washington and Wisconsin,” the group reported.

The transportation routes of the potentially infectious monkeys cover most of the continental U.S.

“Macaques [the type of monkey most commonly used in biomedical research], with all their pathogens, are being rounded up … and shipped thousands of miles … ostensibly to provide us with lifesaving treatments and vaccines.

“But it doesn’t work that way — macaques aren’t furry little humans with long tails. Their immune systems and biology are very different from ours.”

The U.S. government’s funding of biomedical research on monkeys started in the 1960s, when Congress passed legislation creating the Regional Primate Research Centers (RPRC), under the NIH.

The RPRC program aimed “to provide scientists with specialized resources to conduct research with nonhuman primates,” according to the National Primate Research Center’s timeline.

Since then, U.S. biomedical research involving monkeys has dramatically increased.

A 2004 study of primate research revealed the U.S. used more non-human primates in research per year than any other country in the world.

“The U.S. government devotes approximately $575-800 million per year to primate research and care,” estimated the authors.

In June 2021, the Southwest National Primate Research Center at Texas Biomedical Research Institute announced more than $37 million in funding from the NIH to continue operations into 2026.

The institute’s press release stated the funds were tagged to create facilities to house 800 non-human primates and provide veterinary care.

The institute said the nearly $40 million allocation of taxpayer monies would allow it to play a key role in the country’s non-human primate “shortage” and accelerate its growth in infectious disease research.

The NIH Office of the Director provided the grant under award number P51OD011133.

However, a search of records on the EDA website didn’t turn up evidence of the EDA passing grant money to Texas Biomedical.

Since 2020, scientists have tested scores of COVID-19 vaccines and treatments on primates before trials began in people, according to a July 2021 report in Nature, much of the work funded by U.S. taxpayers.

According to Nature, the NIH invested about $29 million in 2020 and 2021 in facility improvements at the NPRC, which it funds, and had plans to spend an additional $7.5 million.

Between October 2019 and January 2021, more than 70,000 monkeys were imported to the U.S. for biomedical research, according to the CDC. 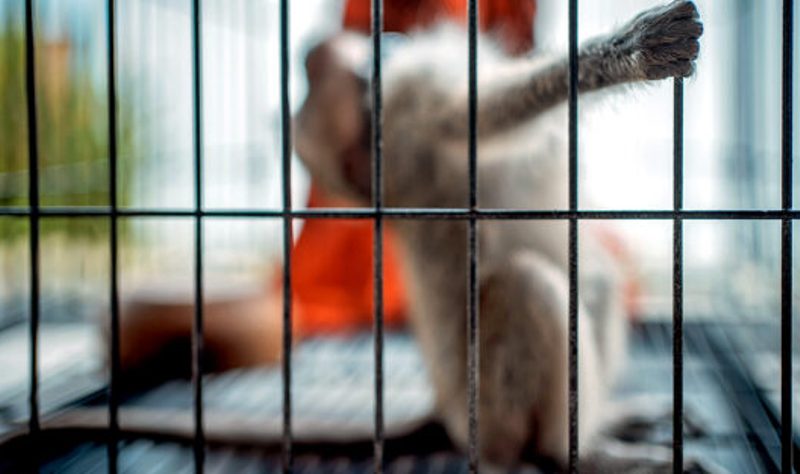 PrevPreviousNo.2 ICU Doctor in the World Breaks Down Over Adverse Reactions From the C0VID Jabs Being Ignored & Calls It a Humanitarian Crisis
NextCanada Jab Injuries – Alysia – From Ontario, CanadaNext

Lara Logan on Election Fraud in Arizona By LauraAboli Lara

Facemasks Reintroduced Across South Australian Schools Amid COVID-19 Surge By