16,974 views May 31, 2022 The proposed amendments to the International Health Regulations 2005 were voted down by the majority of WHO member nations in their Geneva summit last week. 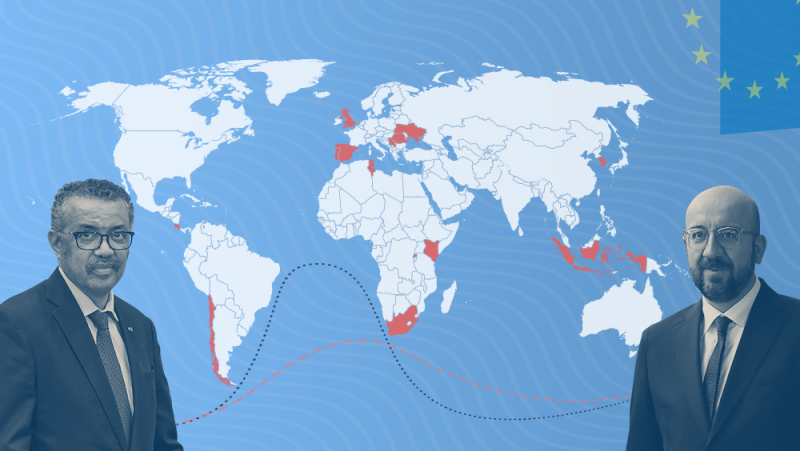 Matt Wilson
David, we need people like you with the balls to speak up. Too many cowards in office.

Tracy Samuel
God bless Africa and these other counties.

Chucky Lamb
These people need to be arrested for crimes against humanity!!

Jane Firn
Thank goodness things are starting to go in the right direction. Thank you David for keeping us up to date.

Susanna Lewis
The leaders shouldn’t have put their countries up for this in the first place. They are few and we are many, and us mere peasants MUST stand up against tyranny at all cost.

Mel Stephen
THANKYOU AFRICA, BRAZIL, MALAYSIA, CHINA, RUSSIA AND ALL OTHERS WHO VOTED AGAINST THIS.

Gill PS
It is good news and yes, who would have thought that tyrannies and third world countries would be showing us freedom’s path.

Barry Winn
Great news David. One step at a time in the right direction!

Gwen Weston
Thanks for bringing this brilliant news to us , David. Maybe, the enemy (WEF, WHO, etc) is starting to realise that they are not so powerful as they once thought. Thanks to the African nations for defeating this. They have a good instinct.
I hope and pray that the criminals behind this are finally brought to justice and the entire world learns the truth.

AlexHobbesxD
Big step in the right direction! However as the EU perfected and what UN certainly has the ability to is to repackage and rename these policies time and time again till the finally get their way. Let’s hope our opinions get more mainstream in that time to finally put an end to this.

Pamela Julian
Great news! Thank you for letting us know David, and a big thank you to those African countries in the fight for freedom. A victory, but we must now stay ever vigilant.

Ben King
Thank you Africa and all others who voted this down. I’d never have believed a few years ago that our country would want to be part of something like this. It feels like there is a long way to go, but this is a good step for democracy and common sense.

Rosemary Howes
Thank goodness for that, I just hope they don’t bring it up again, but they will try Ive no doubt.

PrevPreviousDid You Know? In the 90’s the Warner Bros Stole the Story for the Matrix Movie From the Original Script Writer and Director Tom Althouse and Turned It Into the Movie You Know of Today
NextHow Will They Explain the Poll I Just Did?Next