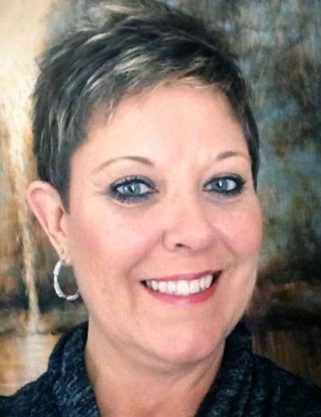 Sandra Jacobs “appears to have succumbed” to a “rare but nevertheless documented” complication associated with the viral vector vaccine — cerebral venous sinus thrombosis (CVST) — Caplan wrote in the summary.

According to Johns Hopkins Medicine, CVST occurs when a “blood clot forms in the brain’s venous sinuses,” preventing blood from draining out of the brain. “As a result, blood cells may break and leak blood into the brain tissues, forming a hemorrhage.”

The death certificate, obtained after some difficulty by Jacobs’ daughter, Tatum Strieter-Byron, lists the cause of death as “complications of cerebral venous sinus thrombosis” and “recent administration” of a COVID vaccine as the contributing condition.

Caplan deemed the manner of death “natural.” It may also be considered a “therapeutic complication” since this is a known vaccine issue, he wrote. Under “final diagnosis,” Caplan first listed the COVID vaccine.

Though it took months to confirm it, Strieter-Byron knew from the start her mother died from the vaccine.

Michigan Live reached out to Caplan for comment, but efforts were unsuccessful. “In conjunction with the Washtenaw County Health Department, we have decided not to have Dr. Caplan or the medical examiner’s office provide comment on the case,” Dr. Allecia Wilson, the county’s chief medical examiner, wrote in an email.

J&J also did not respond to a request for comment. A doctor with the manufacturer’s COVID vaccine safety team called a reporter, but only to obtain Strieter-Byron’s information, who as of Oct. 15 had not heard from the doctor.

During the April 23 meeting, the Centers for Disease Control and Prevention’s (CDC) Advisory Committee on Immunization Practices (ACIP) said it had identified 15 women diagnosed with rare blood clots, including three who died. Only two of the women were older than 50, with the risk highest in women ages 30 to 39.

The ACIP said the link between blood clots and J&J’s COVID vaccine was “plausible,” but concluded the vaccine’s “benefits outweighed the risks” and recommended the vaccine for persons 18 and older in the U.S. under the U.S. Food and Drug Administration’s (FDA) Emergency Use Authorization (EUA).

On April 26, the FDA amended its EUA for the J&J vaccine to reflect the risk of rare blood clots and said vaccinations could resume immediately.

Excluding foreign reports — those reports submitted to VAERS from outside the U.S. — there have been 10,131 reports of blood clotting disorders. Of those, 4,407 reports were attributed to Pfizer, 3,654 reports to Moderna and 2,018 reports to J&J.

​​The Defender has reported on numerous cases of blood clots following COVID vaccination:

J&J’s vaccine has also been linked to Guillain–Barré syndrome (GBS), a “serious but rare” neurological disorder in which the body’s immune system mistakenly attacks part of its peripheral nervous system — the network of nerves located outside of the brain and spinal cord. GBS can range from a very mild case with brief weakness, to paralysis, which can leave the person unable to breathe independently.

The FDA concluded the benefits of the vaccine outweigh any danger but added a warning in fact sheets about the drug for providers and patients.