Hundreds of unvaccinated BHP workers are set to be sacked as the mining giant institutes jab mandates for all employees throughout Australia.

There are as many as 700 people in the firing line failing to provide proof of vaccination, including 250 in the company’s Queensland operations alone.

The rule came into place from January 31 after unions lost a legal challenge fighting the mandate, with some employees already moving to other sites including Adani’s controversial Carmichael mine.

BHP currently has 23,828 employees, according to its 2021 annual report, which means it is set to lose between two and three per cent of its workforce over the vaccine rule.

Anyone who does not show proof of vaccination will not be allowed on sites and their positions are currently being reviewed.

Unvaccinated contractors will also be unable to work with BHP.

They are the latest in a long line of major Australian companies to install the measures, following in the footsteps of Qantas, Telsta and Bunnings.

Some states and territories including Western Australia have lifted vaccination laws on key workers to lessen the strain on supply chains during the pandemic, but BHP will override that as it prioritises a safe working environment.

‘This is a necessary health and safety measure to help protect our people, their families and communities – including remote Indigenous communities – while continuing to safely run our ­operations,’ a BHP spokesman said.

‘We will continue to work with our people as we implement this change.’ 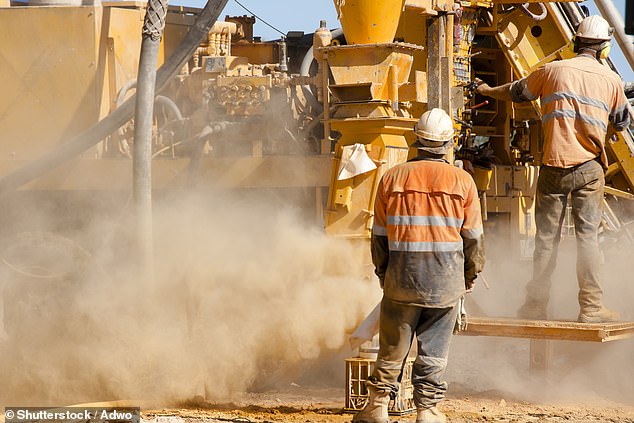 The president of CFMEU’s Queensland mining division said BHP were ‘very, very intense’ with the measures and only gave employees a day or two’s notice before the January 31 cut-off.

‘Generally, our position has been that we didn’t support the mandatory vaccination by the employer. We’re really working through it,’ Stephen Smyth told The Australian

‘Some members have been pretty direct and said, “we didn’t get the vaccine and we’re not”. That’s it. They’ve moved on and found work elsewhere because there is so much work up here. It’s unbelievable.’

He said they had also been hearing from dozens of contractors who were terminating employees as a result of the mandate, and estimated 20 per cent of BHP workers had only gotten the jab to keep their jobs.

Anglo American, a rival mining company, confirmed it too will introduce mandatory vaccinations on site from March 31.

BHP currently has 23,828 employees, according to its 2021 annual report, which means it is set to lose between two and three per cent of its workforce over the vaccine rule

The company, which has five mines in Queensland, have seen employees from BHP move over but Mr Smyth admitted they too will meet the same fate if they refuse to get the jab.

BHP has also expressed concerns about the delaying of WA reopening its borders, with a labour shortage impacting supply chains and production.

The state is home to mines that provide about 30 per cent of the world’s iron ore and 70 per cent of China’s imports of the material.

Premier Mark McGowan has so far given no timeline for when the hard borders will be dropped.