After months of uncertainty, men’s tennis world No.1 and nine-time champion Novak Djokovic has finally confirmed his participation at the 2022 Australian Open.

Djokovic took to social media on Tuesday night to announce he was on his way to Australia after being granted a COVID-19 vaccination medical exemption.

“I’ve spent fantastic quality time with my loved ones over the break and today I’m heading Down Under with an exemption permission. Let’s go 2022,” he said on Instagram.

“Happy New Year! Wishing you all health, love & joy in every moment & may you feel love & respect towards all beings on this wonderful planet.”

The Serbian superstar had repeatedly refused to disclose his vaccination status after the Victorian government said only fully vaccinated players, fans and staff would be allowed into Melbourne Park.

But Djokovic, who’d also expressed concerns about Australia’s quarantine rules, received a reprieve last month when Victorian Premier Daniel Andrews and Tennis Australia moved to have an independent panel established to preside over requests for medical exemptions against having the COVID-19 vaccination.

TA boss and Australian Open tournament director Craig Tiley said the panel would consist of doctors from the fields of immunology, infectious disease and general practice.

Due to privacy laws, players who chose to request an exemption were not obliged to reveal so publicly.

Nor would they need to disclose if they’d been granted entry to the Open through an exemption.

Djokovic declaring his position removes any innuendo after the ATP estimated close to 95 per cent of players had been jabbed.

The 34-year-old withdrew from this week’s ATP Cup in Sydney in a strong indication he was among the small minority of unvaccinated players.

Without a match since last year’s Davis Cup Finals in early December, the world No.1 will likely seek a wildcard to contest either next week’s Sydney Tennis Classic or the second Adelaide International.

Otherwise the 34-year-old will launch his assault for a 10th Open crown without any competitive build-up.

“I am ready to live and breathe tennis in the next few weeks of competition. Thanks everyone for the support,” Djokovic added in his statement, which was accompanied by a picture of him in an airport.

“One of those was the Independent Medical Exemption Review Panel appointed by the Victorian Department of Health,” the statement said.

“They assessed all applications to see if they met the Australian Technical Advisory Group on Immunisation (ATAGI) guidelines.

“Applications that met the national guidelines set by the Australian Technical Advisory Group on Immunisation (ATAGI) were then subjected to a second review conducted by a Government-appointed panel of medical experts, the Independent Medical Exemption Review Panel.

“The multi-step independent review process was designed to ensure the safety of everyone at the Australian Open.”

Mr Tiley said players, fans and staff at the Open must be fully vaccinated, unless there was a genuine reason why an exemption should be granted.

“Fair and independent protocols were established for assessing medical exemption applications that will enable us to ensure Australian Open 2022 is safe and enjoyable for everyone,” he said.

Mr Tiley said on Wednesday morning Djokovic hadn’t been treated differently to any other player by receiving a medical exemption.

He told 3AW radio there were 26 anonymous applications made by players or their support staff for an exemption with only a “handful” granted.

“Most haven’t, 75 to 80 per cent of those that apply for medical exemption, it was not granted,” he said.

Mr Tiley said the Serbian met the strict guidelines set by ATAGI and Open organisers were not involved in the process.

He said Djokovic was assessed by two separate independent panels of medical experts and was granted the exemption due to a legitimate medical condition, which the player hasn’t made public.

“If I want to come as an international visitor and I’m not vaccinated, and I meet those guidelines, any medical practitioner can can grant me an exemption and add my name to the immunisation register,” Mr Tiley said.

“And then I’m able to come in as an unvaccinated individual, so it’s not just Novak. He went through that process and it’s completely legitimate application and process.”

Mr Tiley said the process was more rigorous for players, who had their anonymous application assessed by an independent panel and if that initial panel felt it required further review there was a separate medical panel to do so.

The Open boss said he wasn’t aware of Djokovic’s grounds for exemption from vaccination.

One possibility is that Djokovic has contracted COVID-19 within the past six months which would make him exempt.

“The only way we could access that information is if an individual decides to share it,” Mr Tiley said. 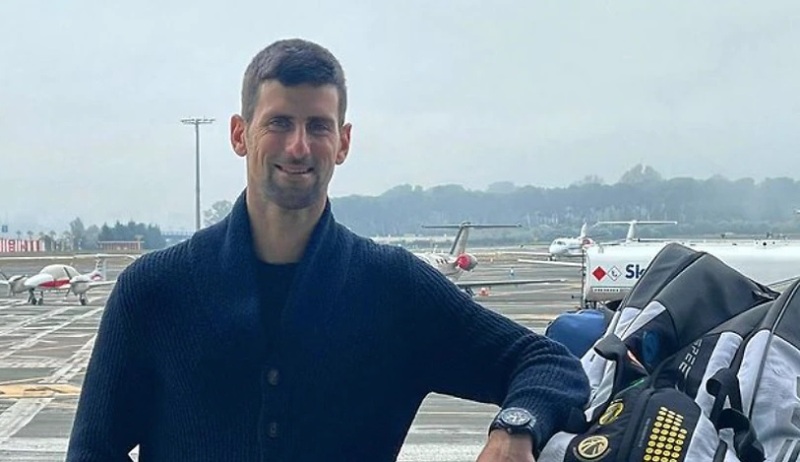