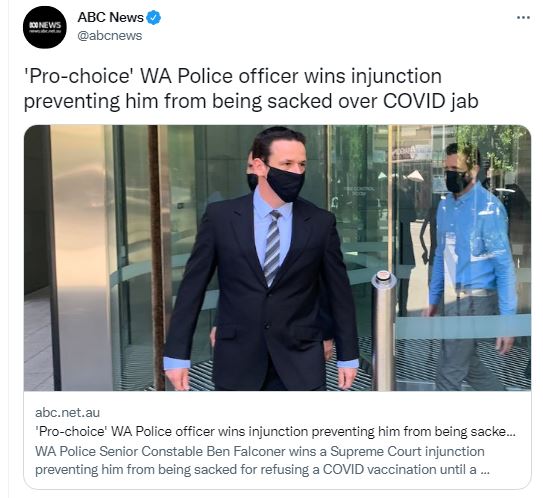 – Senior Constable Ben Falconer will keep his job until his case goes to trial.
– The Police Commissioner says he’s still not allowed at police premises.
– Justice Jeremy Allanson says the court is not predicting the trial result.

A WA Police officer has won a Supreme Court injunction preventing him from being sacked for refusing a COVID vaccination.

Ben Falconer, who has described himself as “pro-choice”, had asked for a judicial review of disciplinary procedures regarding those officers who did not want a COVID vaccine.

Police Commissioner Chris Dawson said the ruling did not mean the officer could attend police premises.

“The decision of the Supreme Court is an interim decision and it only applies to a single police officer, not any other officers,” he said. 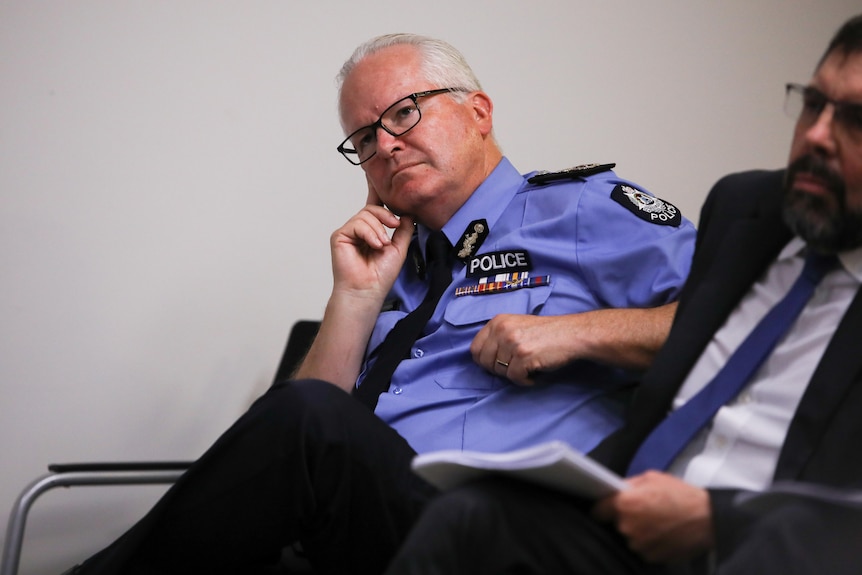 “It does not affect the Chief Health Officer’s order, so that means none of these police officers, this particular applicant will not be able to attend a police facility in the interim period.”

The Commissioner said he did not want to make further comments on the matter while it was still before the courts.

During the hearing on Thursday, counsel for the state Kenneth Pettit SC listed the benefits of vaccination, and said the applicant’s inconvenience associated with being vaccinated was “not worth” one hospitalisation or lockdown.

Referring to 34 police workers who he said did not want to be vaccinated, he said the “burden” was not borne by the officers alone, as other workplaces were subject to directions.

Senior Constable Falconer’s barrister said there was no evidence those who had not received the jab posed a threat to anybody, saying “people who are unvaccinated are not diseased”. Senior Constable Falconer (centre) made no comment as he left court after the ruling.

Shane Prince SC referred to “bodily integrity” and said it was a common law right.

Justice Allanson said that by granting the injunction, the court was not predicting the result of any trial.

He said the trial needed to be held as soon as possible, preferably in the first quarter of next year, with a directions hearing set down for January 12.

He told the court the “balance of justice required restraint”. 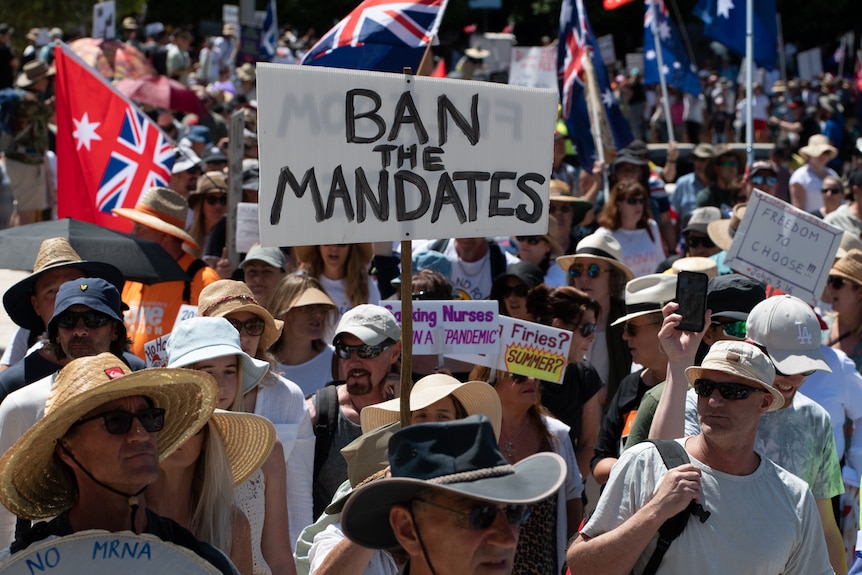 Protesters have repeatedly taken to the streets of Perth to rally against vaccination mandates.

PrevPreviousWhy Is the Good News From South Africa About ‘Omicron’ Ignored in the U.S.?
NextThe C0VID Narrative Is Mass HypnosisNext