The Queensland Government’s vaccine mandates are going to cause great hardship because they lack the flexibility to accomodate the health and conscientious needs of individuals.

That injustice is compounded when there are less Draconian ways to manage any risk unvaccinated people might present, such as Rapid Antigen Testing.

I spoke with Chris Smith about the harms these mandates will do in practice – and why I’m working to help affected Queenslanders. 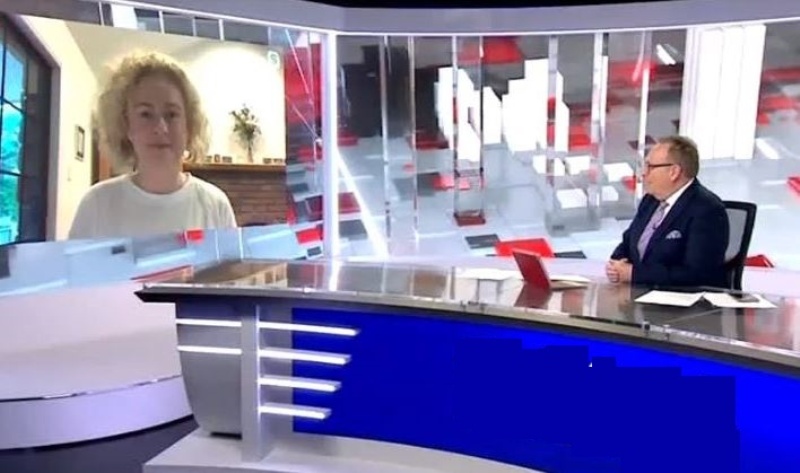 Louie Hchurch
All Vaccine mandates are an assault to our freedom and they should be dropped. This is a dark time in our history. End the mandates so we can preserve what little freedom is left after Liberal and Labor have been chipping away at it for so many years.

Richard Chafing
Just break the system by not complying and have a gizzilon fines all unpaid, and just one up them every time, until they hear the rumble coming, and we the people make sure our laws are reflected correctly to suit us not their skimming, in fact we only need to go back to basics laws ONLY, pick a date and say any law after that needs to be reviewed before active.

Shirley Erhart
Seriously – I do not know how you can say all that with a straight face, after you could not even be bothered to vote on Pauline Hanson’s Bill that would have ended the mandates. Even though you spouted all this same condemnation before the Bill went before the Senate, but then did NOTHING. Your acting is not great either – no wonder you keep fluffing your lines in these interviews, when you try to look and sound sincere. Not working Amanda.

Helen Filmer
Teachers and health workers are considering leaving their jobs rather than being vaccinated or boosted.

Liz Debono
Vaccine Mandates MUST stop. People must make their own choices. End of story!

Gavin Davis
So we have just had over 100 cases in Central Coast club but only vaccinated were able to go out due to restrictions. So everyone who has contracted or spread it were 100% vaccinated. What does it say about vaccine stopping the spread?

Gary Forster
This is what we are fighting for, because voting goes nowhere, voting is like asking the dump truck driver for a 19yr old Nimfo.

Kay Patric
We need the mandates to protect the vulnerable. People think they can do anything they want regardless of how their actions can directly kill or make people very ill. So irresponsible.

Fiorella Maggiolo
You all had a chance to vote for One Nations bill to stop Queen P… yes the bill was not perfect but it would have helped. Number or not if people had spoken up, then change could of happened.
Actually you still have a chance to do that through the federal laws, but you are all fence sitting, no point 2 days before it comes into effect.
I am sure the change of heart now is because we are fighting for our freedoms against dictators like King D and Queen P! You are now seeing that people are tired Labour, Greens and Liberals and we want to start making you all accountable for being voted in… you all have forgotten you work for the people!
Us we are the people!!

Bill Kirkland
Chris Smith has been a nwo echo chamber for vxx from very early. Pity really as he is usually a very good journalist. Either he is deceived or to frightened not to tow the line. Might end up like Alan Jones.

Homer Papantonio
At last Amanda your making some sense of this insanity! Get Scomo onto this and tell all your colleagues to stop meddling with our health !!!!!!

Peter Marsh
COVAX-19.
Developed by Professor Nikolai Petrovsky, Director of Endocrinology (Flinders Medical Centre), Professor of Medicine (Flinders University), Vice President of the International Immunomics Society, Chairman & Research Director (Vaxine Pty Ltd), the COVAX-19 vaccine is worthy of Australian Government support and I’d like to bring to your attention the advantages of supporting this request:
* COVAX-19 has passed Phase 3 clinical trials in Iran and has been approved for use in Iran
* COVAX-19 has proven in its clinical trials to be effective protection against the Delta variant, unlike other current offerings
* COVAX-19 has demonstrated safety – the primary concern of many Australians
* COVAX-19 has been developed on the more familiar, well characterised, recombinant protein based platform which would increase appeal to Australians unsure of the new technology of mRNA based vaccines
* COVAX-19 has been developed by an Australian in Australia
* COVAX-19 has the immense potential to bring world-wide attention to the vaccine development capability of Australia
* Professor Petrovsky is a world renowned, pre-eminent vaccine researcher and developer, who has conducted vaccine research for more than 18 years, authoring more than 200 peer reviewed articles and commanding significant US government funding for his pre-COVID-19 work – it is time for the Australian government to match this support

Daniel McGuire
Why is QLD locking out the unvaccinated, covid will get in through the vaccinated anyway. Discrimination for no good reason

Andri A. Tsingi
Then for the governments it is not about the public health, but it is about politics.
They do.
Not care about the individuals, but to get as many vaccinated as many times as possible.