For the first time in centuries the world’s population is set to decline in a few decades.

There are currently around 7.8 billion of us in the world right now and that number is expected to peak in 2064, when I’ll be 69 years old…yikes.

Based on a new study published in The Lancet, the peak will be at roughly 9.7 billion and then will drop to 8.8 billion by 2100, where I’ll either be reincarnated into a sheep or floating around in heaven, with the littest Instagram stories ever.

Anyway, Stein Emil Vollset, is the lead study author and Professor of Global Health at the Institute for Health Metrics and Evaluation (IHME) – and he went into more detail of the ‘groundbreaking’ study.

Vollset told IFLScience: “The last time that global population declined was in the mid 14th century, due to the Black Plague.

“If our forecast is correct, it will be the first time population decline is driven by fertility decline, as opposed to events such as a pandemic or famine”

More significantly, the population of up to 23 counties could shrink more than 50 percent.

Even China, a place associated with having a large population density, could fall from 1.4 billion people in 2017 to 732 million in 2100.

“There are two key factors: improvements in access to modern contraception and the education of girls and women,” explained Vollset.

“These factors drive the fertility rate – the average number of children a woman delivers over her lifetime which is the largest determinant of population.

“The global total fertility rate is predicted to steadily decline, from 2.37 in 2017 to 1.66 in 2100, well below the minimum rate (2.1 live births per woman) considered necessary to maintain population numbers.”

Dr Richard Horton, editor-in-chief of the Lancet, said in a statement: “The 21st century will see a revolution in the story of our human civilization.

“Africa and the Arab World will shape our future, while Europe and Asia will recede in their influence.

“By the end of the century, the world will be multipolar, with India, Nigeria, China, and the US the dominant powers.

“This will truly be a new world, one we should be preparing for today.”

Professor Ibrahim Abubakar, University College London (UCL), added: “Ultimately, if [the new] predictions are even half accurate, migration will become a necessity for all nations and not an option.

“The positive impacts of migration on health and economies are known globally.

“The choice that we face is whether we improve health and wealth by allowing planned population movement or if we end up with an underclass of imported labour and unstable societies.” 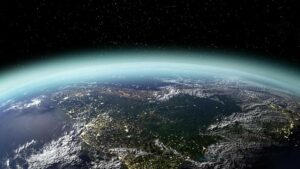