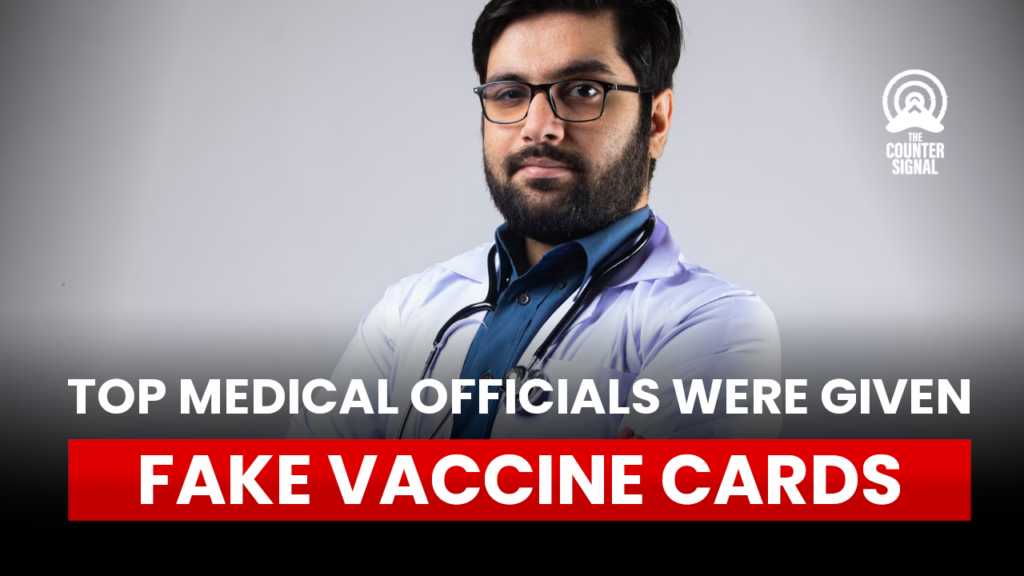 As Alexander writes in a substack article, “[Senior doctors and CEOs in US hospitals] were offered vaccine cards (fake) when they told their hospitals that they [did] not want the vaccine when they were mandated to take it, and the hospital leaders [said] they will not be suspended or fired… How come? Is it due to the lack of safety that these people know about?”

He continues, saying that this is extremely troubling and that senior officials were considered “too valuable to the hospital” to lose, hence the shady fake vaccine cards and mandate dodging.

https://t.co/JAXAv8z3BA
Hospital CEOs & senior doctors, surgeons in US States, major US hospitals, what? What did you say? They were/are offered fake vaccine cards for NO vaccine? So no firing of you? If they say 'NO' jab?
If they say No to shot as too valuable to suspend

He further states that he and a group of people are working with doctors who want to come forward and that he understands they may be jeopardizing their careers in doing so.

“I just reached out to let them know a major media outlet will come to the meeting to see if they will allow this. We are to meet in person shortly,” Alexander writes.

Alexander has been one of the foremost critics of the government’s response to COVID, advocating for natural immunity long before other ‘experts’ allowed even the possibility to be brought to the table.

“There is no other way, we need to establish herd [immunity], and it only comes about [by] allowing the non-high-risk groups [to] expose themselves to the virus. PERIOD,” he wrote in 2020. He then stated that young people have “zero to little risk” and shouldn’t fear infection, being an extremely low risk and thus an optimal catalyst for establishing herd immunity in the wider population.

PrevPreviousTruthcoin Takes Onboard Criticism and Decides To Lower the Donors Threshold From a Minimum of $1000, to As Little as $100, Before Its Pre ICO on June 30 Enabling Small Donors To Benefit From Heavily Discounted Prices
NextUkraine Threatens NATO MemberNext