By Joey Watson and Christopher Knaus

Exclusive: The defence force’s alleged handling of the training course prompted a complaint to the Australian Human Rights Commission

The Australian Defence Force’s alleged handling of the controversial training course, known as Conduct After Capture Level C, has prompted one traumatised ex-soldier to complain to the Australian Human Rights Commission and prepare a federal court case challenging its legality, the Guardian can reveal.

The program deliberately exposes Australian soldiers to torture-like conditions for more than 72 hours, aiming to help them resist interrogation if they are captured on deployment.

The former soldier, Damien De Pyle, has made disturbing allegations in an interview with the Guardian about what is known as the final or “humiliation phase” of the program, which he says has left some participants with post-traumatic stress disorder.

As part of the simulation, he was told fellow soldiers would be killed if he did not comply.

“I was so detached from reality, I thought that they were really going to kill one of those other prisoners.

The allegations raise fresh concerns about the way Defence runs the course, five years after a Senate inquiry investigated whether it complied with Australia’s international obligations, including under the United Nations Convention against Torture and Other Cruel, Inhuman or Degrading Treatment or Punishment.

Former participants have said the course involves “captured” soldiers being stripped, hooded and cuffed, held in stress positions and tortured with loud sounds, according to details aired in the previous Senate inquiry and in parliament by senator Jacqui Lambie.

In some instances participants have said they were required to withstand intimidation by police dogs, fire hosing or light physical abuse.

Trainees said they had been deprived of sleep and food for the duration of the program, an experience that causes some soldiers to hallucinate and lose touch with reality, according to the evidence aired in parliament.

The defence department was supposed to implement reforms to the course to better protect trainees after the Senate inquiry’s 2017 report, which heard from 10 participants about the lasting psychological damage they suffered. One described the combination of torture techniques and sleep and food deprivation as an act of “gross negligence, possibly criminal negligence”.

In its final report, the inquiry recognised the need for interrogation training, but expressed concern about the informed consent process used by defence and questioned whether the conduct-after-capture course was “the most effective and safest method to deliver these outcomes”.

It is unclear if any of the recommendations have been implemented, other than the creation of an online portal providing support information to veterans who went through the course.

Guardian Australia can reveal that one soldier took his life after giving confidential evidence to the inquiry. It is unclear what caused the deterioration of his mental health, and the Guardian is not suggesting it was due to his giving evidence.

The soldier’s family were never told of his testimony. His widow said his loyalty to the Defence Force would have made him reluctant to cast the program in a poor light.

“The only reason I can think of [for him to give evidence] is that he was thinking seriously about suicide at that stage,” she said.

“And how many other men that he’d heard of that had committed suicide, and that obviously something has to be done.

“They’re failing these young men and women after whatever they’ve seen or gone through.”

“I was in a gown where there was really nothing under the gown, it was meant to sort of indicate that it was to represent my genitals,” he said in an interview with the Guardian.

Damien De Pyle is a young veteran who is speaking out about his experiences during a controversial training course known as resistance to interrogation. NSW, Australia.

“He [the trainer] went on to make comments about my faith being a Catholic, saying that I must enjoy sexually molesting kids.

De Pyle alleged he had lost all sense of what was reality and what was simulation, because of the sleep deprivation.

In a statement, the department said the training was voluntary, and that participants were given the right to withdraw or seek support from an on-site psychologist at any time.

The department said the training required two professionally qualified ADF psychology officers, a medical technician and a neutral observer to be present during the training.

“These observers have the power to immediately stop training if they deem it to be of risk to student wellbeing,” a spokesperson said.

“Safety and personnel wellbeing is central to all Defence training activities. Defence does not tolerate unacceptable behaviour in any form. Defence takes all allegations seriously and takes action to ensure it is dealt with swiftly and appropriately.”

Defence previously told the Senate inquiry that it had conducted a legal review of the course, which found it complied with Australia’s international obligations and domestic law.

Scally was present during the training, but did not witness instances of simulated child rape or use of sex toys similar to those described by De Pyle.

He said he felt his power to intervene was limited, due to the army’s rigid ranking system.

“We weren’t involved in any planning or we weren’t really told what was involved” he said.

“A lot of the time as an officer within the command, usually a major or a lieutenant colonel [would] want to be present during [a medical] consultation.”

Scally cited one incident in which he oversaw a semi-naked soldier being pinned to a wall and fire-hosed in front of other trainees.

“It was like some sort of macabre sideshow,” he said.

But he said both he and the supervising psychologist felt unable to intervene.

“I forwent my opportunity to say no … I don’t have that right of detail.”

De Pyle said he understood the need for the course, but took his case to the AHRC to try to force structural reforms, such as limiting the amount of sleep deprivation to 48 hours, and using monitoring psychologists chosen by the Australian Psychological Society, rather than the army itself.

“I am definitely not a person who believes that this course should be cut altogether,” he said.

“There is 100% a good reason why this course needs to be done.

“But traumatising our soldiers isn’t going to build resilience, it’s just going to cause pain and suffering.”

De Pyle said that in the months after completing the course, he began experiencing a deterioration in his mental state, including flashbacks and nightmares. Eventually this progressed to quasi-psychotic episodes, he said.

In August 2020, an army psychologist diagnosed De Pyle with PTSD, related to his experiences during the training.

De Pyle is not the first soldier to speak up about the training.

In March 2016 a former SAS trooper, Evan Donaldson, alleged that he had been abused during a resistance to interrogation exercise 10 years earlier.

He said he had endured 96 hours of physical and mental stressors that caused him lasting psychological damage.

Donaldson alleged that one of the trainers had rammed his knee into his buttocks, causing a tear. He needed to use toilet paper to stop the bleeding.

He took his claim to the Tasmanian senator and Defence veteran Jacqui Lambie, who helped establish the Senate inquiry into conduct-after-capture training.

“I know that there are certain drills that you need to run for people in our military in case they become a hostage,” Lambie said.

“I found that very disturbing … the people that were supposed to stand in front of you and take a round, if need be, absolutely abusing you is, quite frankly, disgusting.”

At least one other PTSD compensation claim is before the Department of Veterans’ Affairs related to a traumatic experience during conduct-after-capture training.

The Senate inquiry’s recommendations urged Defence to give more information to participants about the physical and psychological risks associated with the course. 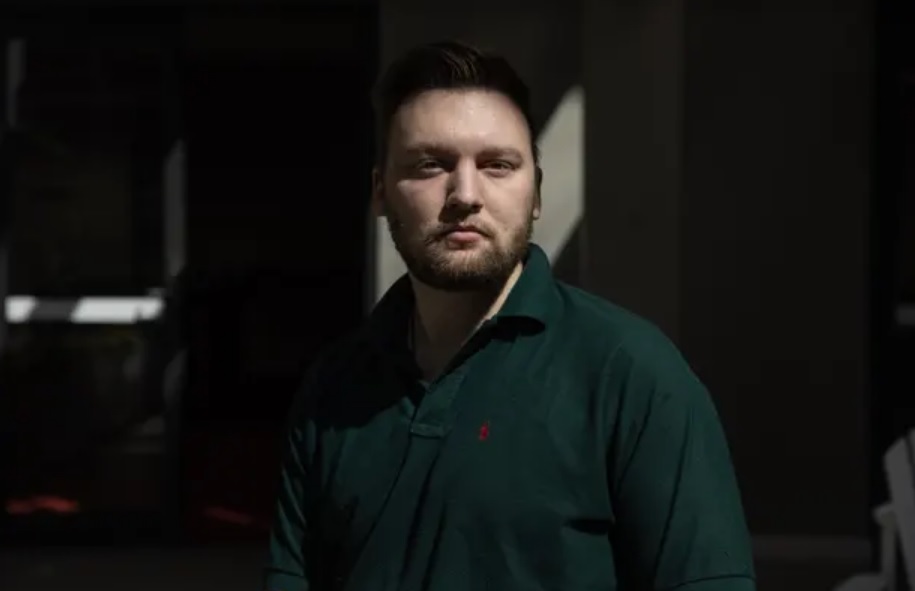