Bill Gates and the Uncertain Future of Food Security – PART 1

Bill Gates and the Uncertain Future of Food Security – PART 1 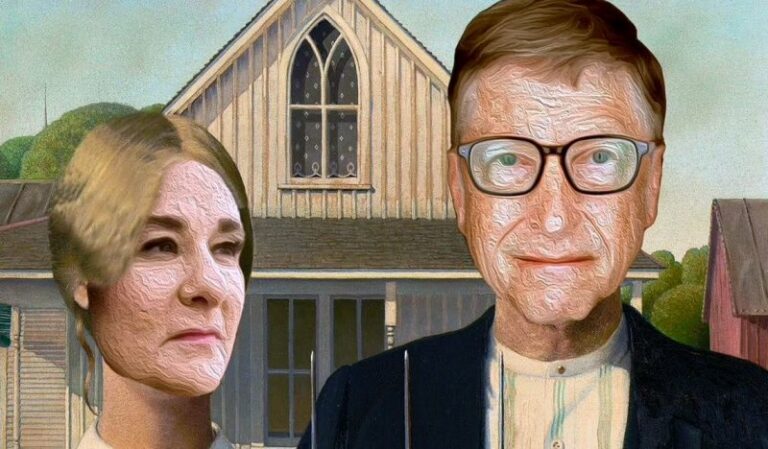 As we emerge from a winter of discontent and Global food systems go from bad to worse, there’s trouble in paradise.

At the root of these problems, Government responses to COVID-19 have contributed to a six-fold increase in famine-like conditions as global supply chains collapse, and field trials for gene-edited crops and farm animals begin in the UK.

Against this perfect storm, the UN’s World Food Systems Summit convened last month, with Member States joining the private sector, civil society groups and researchers, to bring about “tangible, positive changes” to the world’s food systems, and as the story goes, “drive recovery from COVID-19.”

But even if we could solve our problems using the same logic that created them, there are deeper, institutional problems undermining the integrity of the Summit. Specifically, its corporate capture by one man, whose vision of the future of food security places the interests of civil society and farming communities in a different universe to the corporations he is beholden to.

A household name on the world stage of disaster-capitalism, there is more to Bill Gates than doomsayer-general terrorising the world’s population into a permanent state of suspended animation, and it typically involves the future of food security. 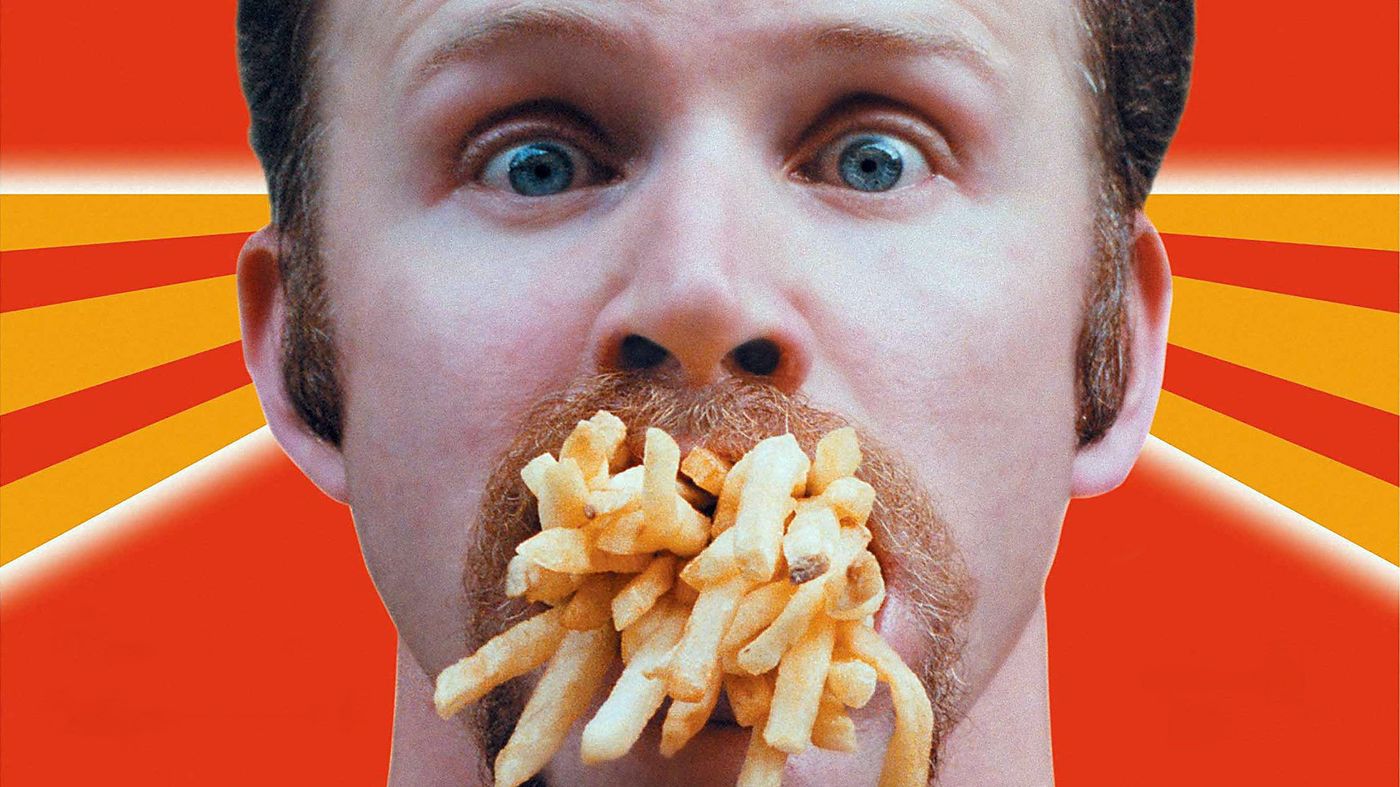 In less than a decade, Gates has become America’s largest private farmland owner, acquiring more than 269,000 acres of prime farmland in the US, including the 100 Circles Farm where fast food giant McDonald’s potatoes are grown. Gates effectively owns McDonald’s fries, his commitment to public health aside.

On the one hand Mr. Gates is the most influential player in global public health, following in the footsteps of his spiritual leader, John D Rockefeller. On the contrary, he backs a confederacy of fast food brands that are killing more people globally than tobacco and driving those who survive towards the very pharmaceuticals which he also wheels and deals to the 50% of all Americans suffering from chronic health disorders.

When it comes to fast food, Gates owns 7.8% of Warren Buffet’s investment vehicle, Berkshire Hathaway, which controls 39% of the largest Subway fast food franchise and 9.3% of The Coca Cola Company. That’s in addition to the Gates Foundation’s 16.8% stake in the largest Coca-Cola bottling franchise in the world, named for the fourth consecutive year, the world’s biggest plastic polluter.

But Gates’ environmental effrontery is only part of the problem. He also backs multiple ventures blurring the lines between food and tech, and if, indeed, Mr. Gates has his way, the food of the future will little resemble what’s served on our plate today. That’s because his centre of gravity is GMO’s. He owns 500,000 Monsanto shares worth a modest $23 billion, making him, by implication, the sworn enemy of everything under the sun organic and sustainable.  There’s the Gates-funded Impossible Burger, made from genetically engineered soy and yeast, with its manufacturer, Impossible Foods, owning twenty five patents on artificially replicated cheese, beef and chicken.

Another Gates-backed start-up doing the rounds on the capital markets is Ginkgo Bioworks. According to their mission statement, Gingko will produce custom organisms, using cell programming technology to genetically engineer flavours and create ingredients for ultra-processed foods. Their plan is to license over 20,000 engineered cell programs to the food industry.

If, indeed, the agrifoodtech ventures Gates is bringing to market continues to flourish, traditional diets will soon be replaced by lab cultivated meat and other Frankenstein foods. Gates might have all the appeal of a five-star fine dining experience, but in reality ‘you’ll get what you’re given.’

That’s because like Rockefeller before him, Gates is transforming our relationship with how we grow food, only he’s weaving climate change and the new age mantra of ‘following the science’ into his worldview.

This typically involves genetics, agrichemicals, and a shedload of automation, with his foundations industry partners operating Herculean monopolies over services and supply chains. What is of little importance to Mr. Gates are the social and environmental costs of his ventures. Or at least, he promotes one set of values, and invests in another.

Take for example this widely read blog post from 2019. On the one hand Mr. Gates accepts that agriculture accounts for 24% of global greenhouse emissions, but thanks to the 100 Circles transaction, Gates is the largest farming real estate ticket holder in the US, with 269,000 acres of prime farmland, even though, we are told by the likes of Gates, that agriculture makes up as much as 70% percent of fresh-water usage globally, leads to greater soil erosion, deforestation, and, you guessed it, climate change. 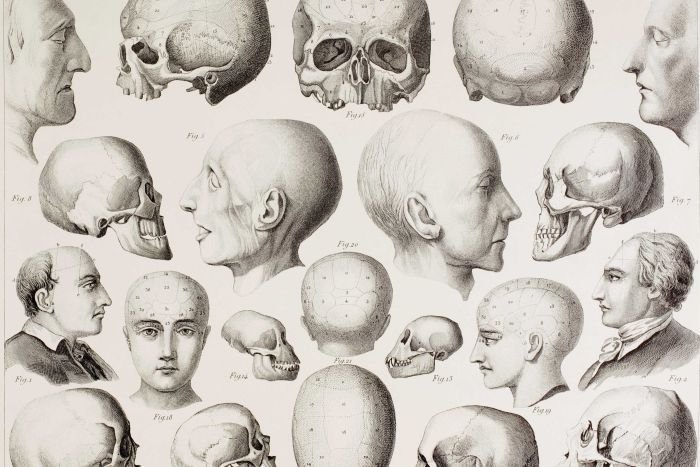 With no attempt at concealment Gates flouts the very values of low carbon and sustainability which he himself helped to popularise. From the carbon footprint of his farmland holding to $1.4 billion invested in the world’s biggest fossil fuel companies, Gates backs all the largest corporate perpetrators on the list of the European Commission’s top 5 causes of climate change.

When it comes to unsustainable scientific interventions, however, nothing quite hits the mark like synthetic fertilizers, which Gates describes as the “magical innovation that’s responsible for saving millions of lives from hunger and lifting millions more out of poverty” What he fails to divulge is that synthetic fertilizers pollute the world’s water sources, destroy the world’s largest carbon sink, the soil, exhaust the soil’s natural nitrogen deposits, deplete the soil’s microbial biomass, and, according to the intergovernmental panel on climate change, are one of the key drivers of climate change.Taking no notice of these facts, synthetic fertilizers are central to Gates’ master plan for the future of food security. He’s under the spell of Europe’s biggest fertiliser producer, Yara, who are not only causing climate catastrophe, their top executives were sent to prison in one of Norway’s biggest corruption scandals,  There’s also the small matter of his 14.4% ownership of Canadian National Railways – one of the most important fertiliser supply chain operations in North America.

On the one hand Mr. Gates uses his influence to transform public policy towards high input farming interventions, on the other he directly profits from their deployment. What is of little importance is whether these interventions are fit for purpose.

Synthetic fertilisers, for example, were once solely derived from natural and organic farming practices, including compost, animal manure and crop rotation – which have been shown to be more robust, sustainable, and profitable to farmers. That was until the arrival of the Rockefeller Foundations’ Green Revolution in the 1950’s, which galvanised an industry-wide overhaul to chemical interventions, large scale, technology driven monoculture and hybridized seeds.  Modernisation that heralded the arrival of mega corporations into global farming and the reliance of small-scale farmers on their products and services. 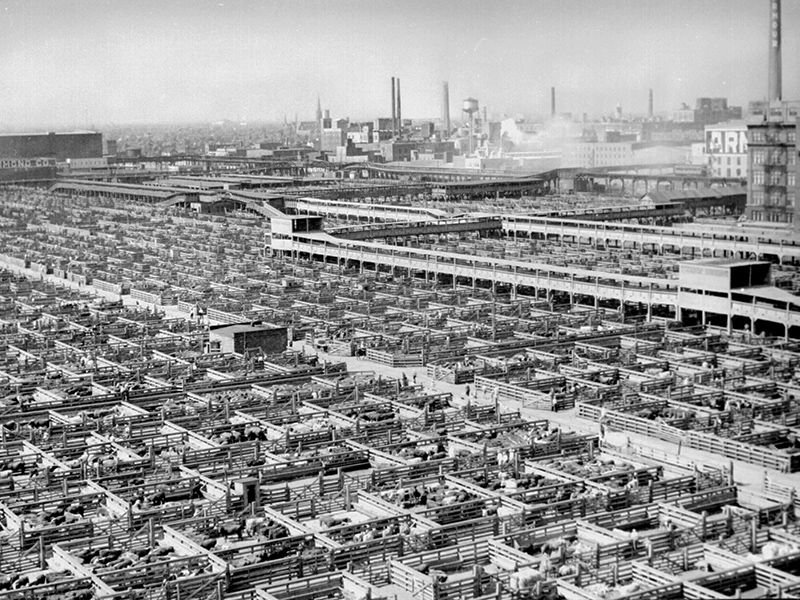 But that’s only half the story. A generation before the Rockefeller Foundations, Green Revolution, John D Rockefeller (the first) belonged to a group of prominent industrialists at the turn of the century, including the Carnegie and Harriman families, who were committed to facing off a threat presented to America’s Anglo Saxon ruling elites by inferior genes, such as they were considered. Culminating in the adoption of eugenics programs across the US, which set out to eradicate the poor, feebleminded and ethnic minorities from the gene pool, through the forced sterilization of eighty thousand so-called defectives. That was until the Nazis’ race-purification programs were revealed to be imported from America’s flourishing eugenics movement, which, to say the least, proved to be a public relations disaster for eugenics. 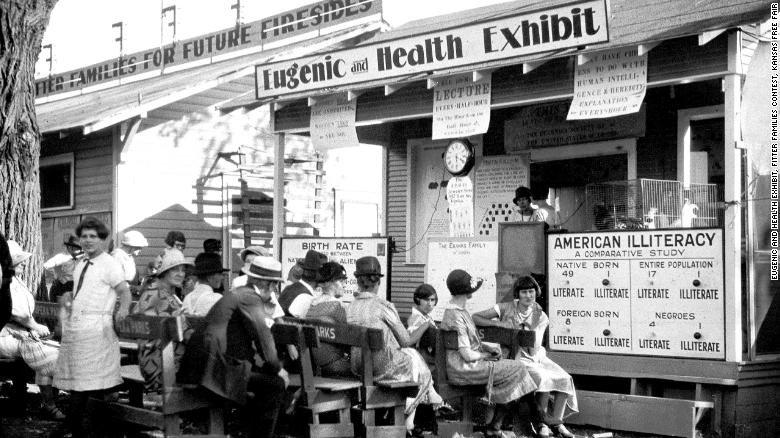 The solution was to distance the pseudo-science from the holocaust by transmuting eugenics into the morally acceptable fields of birth control and genetics, with the reconstruction generously funded by the Rockefeller and Ford foundations, until eventually many of the original eugenics institutions morphed into today’s medical genetics organisations.

Fast forward a generation and many of the principles of eugenics were put to work in the Green Revolution of the 1950’s, when John D Rockefeller Jr brought the gene revolution and its hybridised seeds to India. Signalling man’s conquest over nature and the principle that only the strong, amongst plants and animals, should thrive and survive.

Half a century later Gates would come to inherit this legacy through his foundation’s programs in Africa. As is often noted, Gates’ father was the head of Planned Parenthood, one of the birth control descendants of the original eugenics’ movement founded by prominent American eugenicist, Margaret Sanger. Explaining why the Gates foundation is today active across the barometers essential for life itself – birth, health and food, and why no other organisation is so deeply enmeshed in medical genetics, from GM seeds and farm animals to the mRNA gene-based vaccine to the myriad birth control organisations funded by Mr. Gates, these principles are central to his philosophical worldview, which like Rockefeller before him, involves the aberration of man meddling with natural laws to rein in a subordinate nature. If, indeed, Gates has a maxim, then it’s science over nature, man above God.

Imperialism in the Global South

Gates’ way of doing business means preferential treatment for corporate America, and a big nothing burger for farming communities. This can be seen across all areas of agricultural innovation where Gates has imposed himself. From hybridised seeds to agrochemicals, Gates and his industry partners are industrialising and digitising agriculture in the Global South and ushering in a new brand of imperialism under the banner of public private partnerships.  Far from lifting farmers out of poverty or addressing so-called climate change, communities are being robbed of their livelihoods and the environment is in turmoil.

Take for example his partnership with America’s largest privately held corporation, Cargill, who have been implicated in a slew of scandals – from child slave labour to selling contaminated meat to destroying the Amazon.

Cargill is the biggest global player in the production and trade of soya, the world’s number one exported agricultural commodity globally supplied to the global livestock and biofuels industries.With Brazil the leading soya bean producing country, it has been estimated 19% of the Amazon deforested to date and 5% of this moonlight requisition has been carried out by mega agribusiness corporations, including: Cargill, Monsanto, Bunge, and Archer Daniels Midland.

Though Gates has sold much of his stock, his foundation’s investment portfolio has owned, traded, and profited from stock in four of the top five global players in the soya trade.   The dark irony, as Gates points out in his blog, is that “when soil gets disturbed—like it does when you convert a forest into cropland—all that stored carbon gets released into the atmosphere as carbon dioxide.” And consequently “deforestation is responsible for 11% of all global greenhouse gas emissions.”

If Mr. Gates’ complicity in torching the Amazon wasn’t enough, his Foundation is involved in a $10 million partnership with Cargill to develop the soya value chain in Mozambique and elsewhere in Africa, priming an otherwise untapped African market for ‘Brazilian style’ GM soybean implementation. In what has become a standard issue play, Gates enters the market as a white knight advocating for the environment and smallholder farmers. But the trick is, he’s quietly facilitating privatisation deals, increased dependency on agrochemicals, an overhaul to patented seeds and GM monocrops – culminating in corporations like Kentucky Fried Chicken cornering new markets and small famers and local diets overhauling to factory-farmed economies. In every conceivable way this is catastrophic for small-scale farmers who are the key drivers of local wealth creation in Africa and supply most of the affordable food across the continent.