His ex-wife defamed the ‘Pirates of the Caribbean’ star, says US jury.

A Virginia jury ruled in favor of actor Johnny Depp in a libel suit against his ex-wife, Amber Heard, finding that she defamed him with accusations of domestic abuse.

Depp was awarded $15 million in damages, though that may be reduced by law. Heard’s counter-suit was largely dismissed, with the jury finding Depp defamed her in only one instance, awarding $2 million in damages.

Depp sued Heard for $50 million, accusing her of libel in a 2018 Washington Post op-ed insinuating that he was a domestic abuser. Heard counter-sued for $100 million, saying Depp’s lawyer defamed her by calling the accusation a hoax. The trial opened on April 11 and went to the jury last Friday. It took three working days for the seven-person civil jury in Fairfax, Virginia to return the unanimous verdict.

Two out of three of Heard’s counts were dismissed, with the ‘Aquaman’ star getting awarded $2 million in damages for one instance the jury considered defamation – a statement made by Adam Waldman, the attorney who represented Depp in the divorce proceedings. Depp was awarded $10 million in compensatory and $5 million in punitive damages, though the latter may be capped by law to around $350,000.

The two actors started dating in 2011 and got married in February 2015. Heard filed for divorce just 15 months later, accusing Depp of having physically abused her and securing a temporary restraining order against the Oscar-nominated actor.

Depp denied the abuse and said Heard made the allegation “to secure a premature financial resolution” in the divorce proceedings, which were finalized in 2017.

In their respective defamation lawsuits, each had accused the other of destroying their career. Depp was dropped from a major role in the ‘Fantastic Beasts’ series of Harry Potter prequels.

Heard kept her role in the ‘Aquaman’ sequel, but her screen time has reportedly been drastically cut and a fan petition to have her cut entirely has attracted millions of signatures.

During the trial, Depp revealed that Disney had removed him from the ‘Pirates of the Caribbean’ franchise over Heard’s allegations, while continuing to use his likeness for rides and merchandise.

“They just didn’t want there to be something trailing behind me that they’d find,” he said.

“That is true,” Depp added when Heard’s lawyer said “nothing on this earth” would get him to work with Disney again on another ‘Pirates’ film, even “$300 million and a million alpacas.”

The six-week trial has captivated the attention of Americans, revealing lurid details of the two actors’ personalities and their marriage. Libel is notoriously difficult to prove in the US, and requires juries to establish that defamatory statements were made with “actual malice” rather than just “reckless disregard” for the truth. 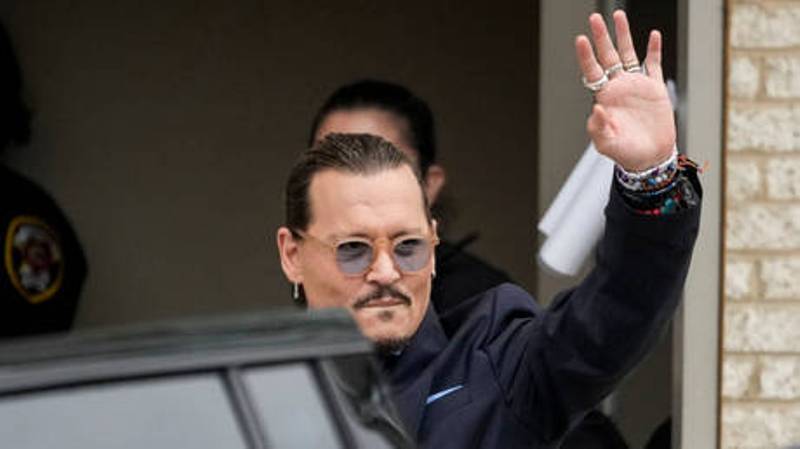