Community members in the areas of western Sydney under the city’s harshest lockdown restrictions say they hope the arrival of hundreds of Australian Defence Force personnel will not result in over-policing.

A contingent of up to 300 ADF troops have joined NSW Police officers as they enforce rules in eight western and southwestern Sydney council areas where daily COVID-19 case numbers are high.

In a statement on Saturday, NSW Police Commissioner Mick Fuller said the operation will be “centred around the welfare of the community and ensuring that stay-at-home orders … are observed”.

“Police officers will be assisted by ADF personnel as they deliver food parcels, conduct welfare door-knocks and go through compliance checks of stay-at-home and self-isolation orders,” he said.

The local government areas affected are Canterbury-Bankstown, Fairfield, Liverpool, Blacktown, Cumberland, Parramatta, Campbelltown and Georges River. Each has a sizeable multicultural population and community members who do not speak English as a first language. Liverpool City councillor Charishma Kaliyanda said there were concerns the additional personnel were being sent in to fine people.

“The rhetoric has very much been ‘boots on the ground’. It is very militaristic language. There is a compliance element to it,” she said.

“This reinforces people’s existing fears that we are going to be fined.”

Ms Kaliyanda said the logistical support was welcome, but the approach of the operation must keep in mind the population’s unique needs.

“We know a huge proportion of our population, if they need a translator, lawyer or support person, they may not be aware that they can request this. Those sorts of things are not being outlined when these compliance measures are being undertaken,” she said.

“All it takes is for a few people to have bad experiences to share those experiences for a lot of fear to build.”

Ms Kaliyanda said there is also a feeling residents of the eight LGAs are being treated more harshly compared to people living in more affluent Sydney areas such as Bondi and the Northern Beaches when there were outbreaks there.

Rachel Haywood, from Liverpool’s Western Sydney Migrant Resource Centre, also said there is apprehension among residents in response to the expanded police and Defence presence.

“Trust is a really important part of the connection between communities – whether that is health or policing. As long as it is coming from a place of health and wellbeing, then that is going to be a positive result and positive connection,” she said.

Cumberland mayor Steve Christou said on Friday he was sceptical sending in the ADF would be overly helpful.

“I don’t think people are going to accept it very well – our people are one of the poorest demographics, and as it is, they already feel picked on and marginalised, as if their whole life has been taken away from them,” he said.

‘There to look after you’

NSW Health Minister Brad Hazzard said on Sunday the state government had been working hard to overcome language barriers and build trust with migrants and refugees in the eight LGAs.

“There is an incredible multicultural mix, but they come from countries where they haven’t built up trust in government, and that is what we need to do – build up trust in that area,” he told the ABC’s Insiders program.

On Friday, NSW Health reported a resident with COVID-19 in south-western Sydney died in their home because they were reluctant to seek hospital treatment. Three others with the virus have also died in their homes during this current outbreak.

Mr Hazzard said authorities want to ensure there are no further preventable deaths.

“We’re seeing a reluctance for them coming to health authorities … they worry they will be treated how they would be in their home countries. Our message is: NSW Health is only there to look after you.”

Meanwhile, Ms Haywood said the MRC’s small team has been struggling to deal with the many questions and queries for help from clients, particularly around mental health, during the current lockdown.

“We are receiving many questions around vaccine hesitancy, and overall people are feeling more depleted,” she said.

She said she would like to see more funding and support for the community leaders and groups volunteering extra time to conduct community outreach. 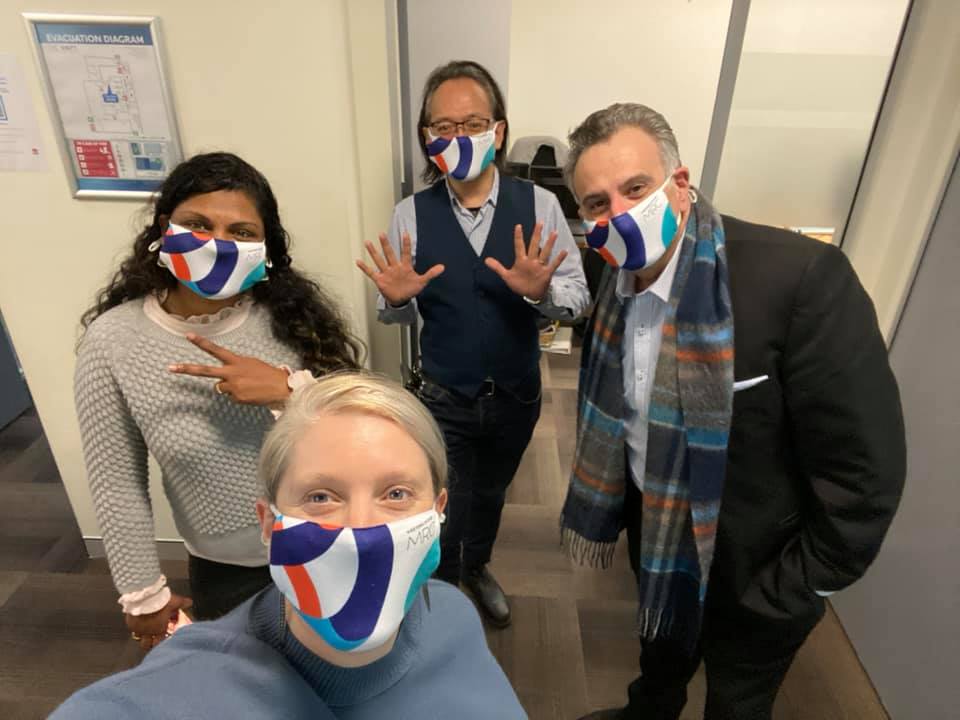 “The impact is being felt now. It is going to be felt medium and long term, specifically in mental health and wellbeing, and I think more funding to community organisations, who are connected and are trusted and who are safe spaces for the community, would be well received,” she said.

Ms Haywood said the ADF helping to deliver food hampers was welcome, as some residents are struggling with food and others are having difficulty accessing income support.

“There are so many individuals who are in financial crisis, especially within our community – and they need support and financial assistance now,” she said.

“Depending on how long this goes for, I think there needs to be additional assistance for the vulnerable within the vulnerable. They are our main client base. They have had previous trauma, had some very tough journeys in getting to Australia.

“Our community is very resilient and in tough times, they come together and are the best of themselves.”