On the same day, Klaus Schwab said: “We must reinforce our resilience against threats to the global agenda.”

While the COVID-19 pandemic was attributed to millions of deaths worldwide, the virus exposed numerous governments trying to capitalize on the situation by enforcing mandates, restrictions, and protocols. Joe Biden even tried to push the COVID-19 drug on citizens in America. Still, as pharmaceutical companies make billions off of COVID-19, organizations like the World Economic Forum, the CDC, the FDA, and even the Gates foundation all had a crucial role in how the government and the world reacted. But now that many are exposing the organizations, it appears they are quickly going on the defense.

Traveling to Davos, Switzerland, to attend the annual WEF convention, host of Human Events Daily, Jack Posobiec, was not only turned away from attending the meetings but he was also detained on the first day. Although Posobiec and his team weren’t told why they were being detained, they were later informed it was because they seemed “suspicious.” Take a look.

With the team and Posobiec being released, the host admitted that he showed the WEF authorities both his passport and press badge before trying to enter. Instead of letting him through, Posobiec was questioned about several topics, including Turning Point USA and why he had traveled to Davos in the first place. “Never once did they explain to us why we were targeted. I Want to be clear on something. We had already given our name, our passport, and our press pass about an hour prior.”

We just got DETAINED at Davos by WEF Police https://t.co/C4gz5UFWUE

Posobiec added, “We don’t have the First Amendment within the United States of America right here, so these police have the ability, if they want to, to confiscate things from us… confiscate our cards, start deleting things, and before we can even get legal involved, they could have taken down all of the footage that we’ve already filmed today for this project… this docuseries to go along with the book that’s coming out that’s called ‘The Great Global Reset.’”

Not being able to meet with WEF found Klaus Schwab, who can be seen in the video below warning about threats to the global agenda. Posobiec shared a message to him, stating, “Mr. Schwab, we’re not going anywhere.” 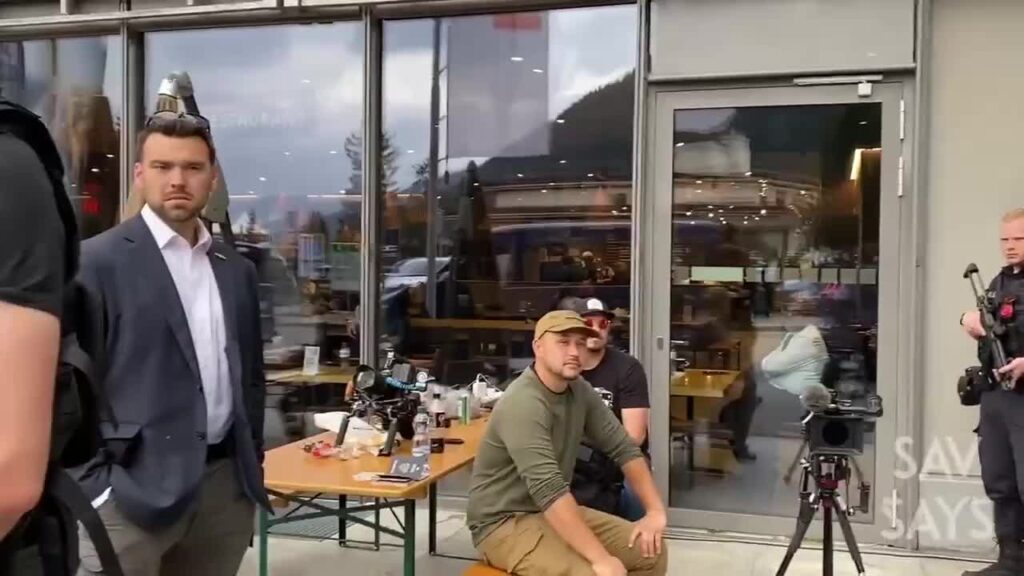