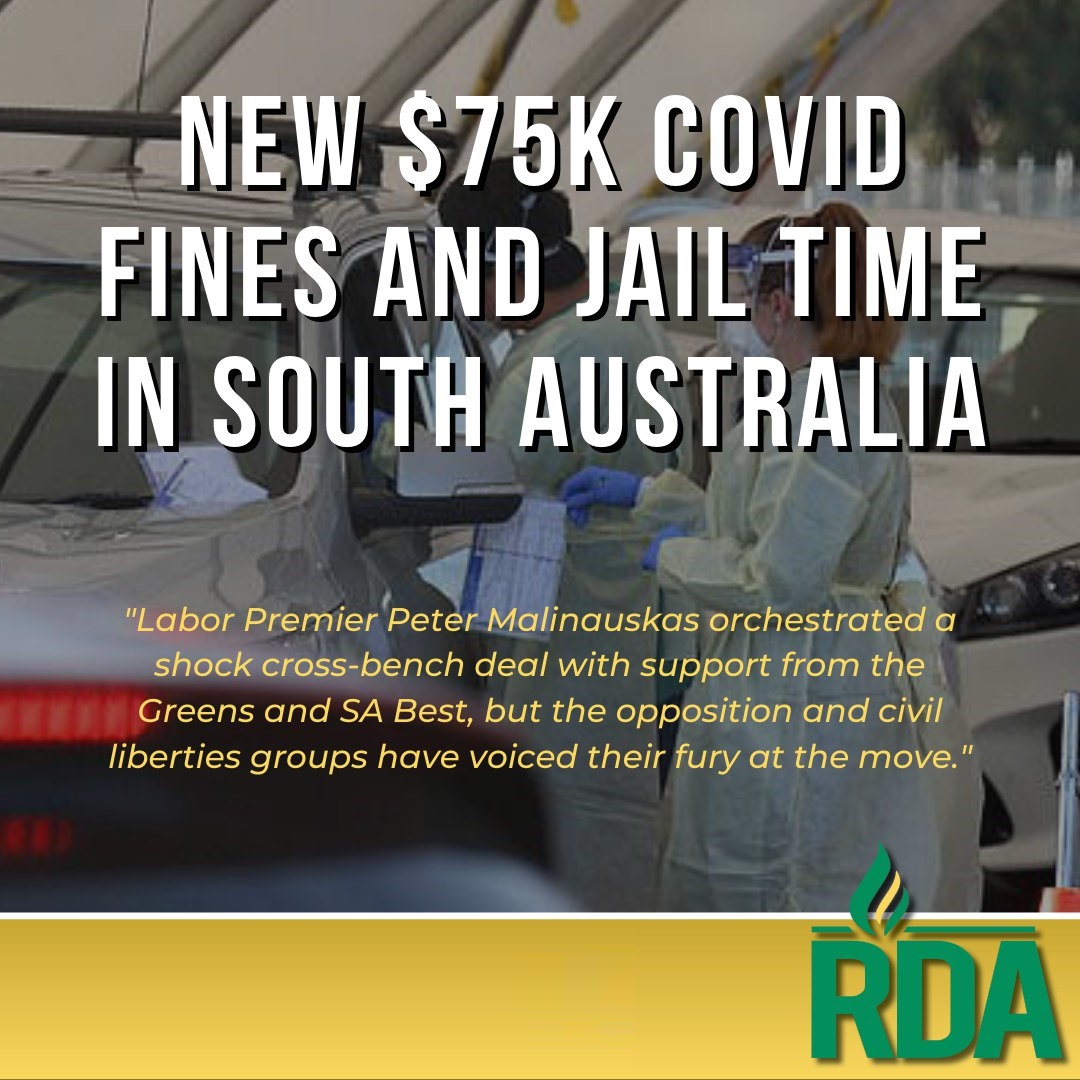 Anyone found breaching Covid rules in South Australia could be punished with two years jail as new laws are set to sail through state parliament this week.

Anyone found breaching Covid rules in South Australia could be punished with two years jail as new laws are set to sail through state parliament this week.

Labor Premier Peter Malinauskas orchestrated a shock cross-bench deal with support from the Greens and SA Best, but the opposition and civil liberties groups have voiced their fury at the move.

‘Labor did a quick backroom deal because Peter Malinauskas is desperate to have the power to lock up (people) and dish out huge Covid-19 fines at the drop of a hat,’ a Liberal Party spokesperson told the Adelaide Advertiser.

Under the Public Health Act legislation, individuals who breach isolation requirements, or ignore vaccination mandates and mask rules in high-risk settings such as hospitals or nursing homes, can be fined $20,000 or face two years in prison.

Businesses found to be breaking those rules can be hit with a massive $75,000 fine. 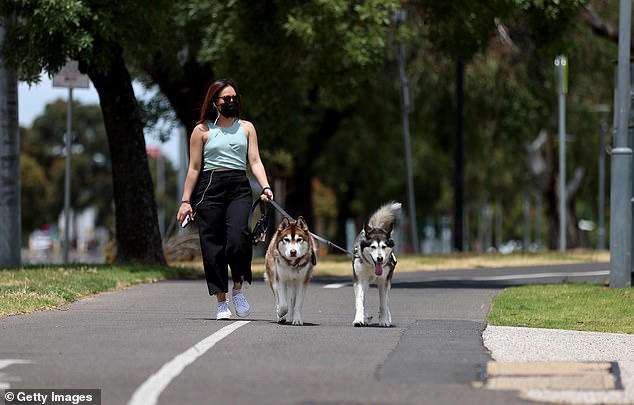 The rules set to take effect on June 30 will be the most extreme in any jurisdiction in Australia.

The maximum penalty for Covid breaches in New South Wales, Queensland and Tasmania is six months jail, while Victoria, NT and ACT only issue fines for rule breakers.

Premier Peter Malinauskas said the changes will replace the current Emergency Declaration with an amendment to the bill allowing a six-month period to assess the legislation.

‘I continue to acknowledge and absolutely thank the work of both the Police Commissioner and Professor Nicola Spurrier in seeing the state through the events of Covid using that emergency management declaration,’ he said.

Under the proposed laws, those who commit ‘serious’ breaches of Covid rules could face up to two years in prison or a $20,000 fine.

This is for those who enter high-risk settings such as care homes or hospitals while knowingly infected with Covid.

Those who breach vaccine mandates in those settings could also be hit with the new penalties, as well as those who refuse to wear face masks when visiting or working there.

‘But clearly we are coming to a period where that time is over and we start to restore the ordinary functioning of government in a traditional way.’

The Premier claims the strict laws are needed to protect the ‘most vulnerable South Australians’.

‘The most appropriate way we can do this is to amend the Public Health Act to include protections for patients and residents in aged care, hospitals and disability care, and the ability for rules to be set for Covid-positive people and close contacts.’

Lockdowns and other community-wide restrictions are not included in the new bill, with stay-at-home orders still needing to be enacted with an Emergency Declaration. 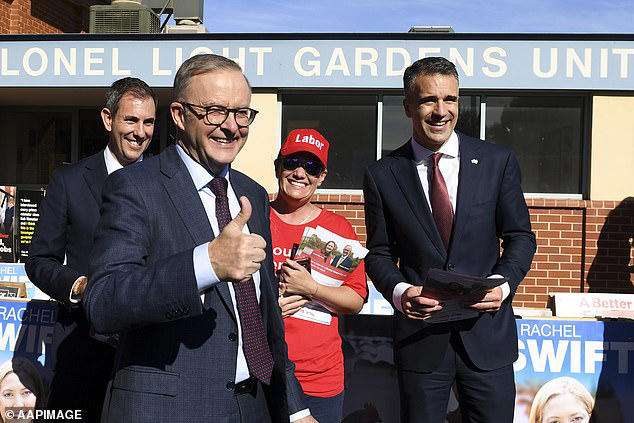 The Law Society of South Australia say the powers are ‘concerningly opaque’ and do not clearly define what a close contact is.

‘Enshrining such extraordinary powers in legislation permanently must be carefully considered and accompanied by some guarantee of proportionality with respect to ensuring an individual’s basic rights and freedoms when such powers are exercised,’ Law Society president Justin Stewart-Rattray wrote in an open letter.

‘The Society is concerned that the definition of ‘close contact’ is left open… The lack of detail within the provision renders the potential scope of such directions concerningly opaque, particularly noting that the proposal is for the Government to permanently entrench some of these powers in the Public Health Act.’

The civil liberties group notes the definition of ‘close contact’ changed several times during the pandemic.

‘Less than six months ago it included those who had simply attended a listed exposure site at a particular time,’ the letter said.

The Bill is set to pass through the state Senate before the end of the week.