Australia’s opposition leader has urged people to “cut through the propaganda” coming from China amid high tensions in the Asia-Pacific region, and see the “real message” that an attack on Taiwan is a real possibility.

“Nobody should be surprised if there is an incursion or if there is a conflict because [the Chinese] said they’d be taking back Taiwan, come hell or high water,” Peter Dutton, who previously served as defense minister, told ABC Radio National on Thursday.

“We want to see peace prevail in our region. But at the same time, we have to be very frank about the threat that is there,” Dutton added.

“There’s no imagination required here. The Chinese Communist Party has been very clear about their intent in relation to Taiwan,” Dutton said, while stressing that Australia needs to “call out the behavior” of Beijing.

“If we think it’s going away and that we can avoid conflict by saying nothing – I just don’t think that’s a reality.”

Dutton said he supports the comments made earlier by Australia’s Treasurer, Jim Chalmers, who said Canberra must respond to China with “calm and consistent language” on the issue of Taiwan.

Beijing views the self-governing island as its own territory, and was infuriated earlier this month by US House Speaker Nancy Pelosi’s visit to Taipei. Pelosi was the highest-ranking US official to make the trip in 25 years, and China responded by launching military drills around Taiwan, which state media described as training for a potential “reunification-by-force.”

Xiao Qian, the Chinese Ambassador to Australia, said on Wednesday that Beijing wants a “peaceful reunification,” but is “ready to use all necessary means,” if it has to.

Xiao also said Australia and China should “develop our own bilateral relations based on the interests of the two people, free from interference from a third party.”

Last year, Australia signed a security pact with the US and Britain, known as AUKUS, which China warned would bring more tensions to the region and spark an arms race.

Speaking to the media last week, Australia’s shadow defense minister, Andrew Hastie, urged the government to stay focused on acquiring nuclear submarines and missiles with the help of its AUKUS partners. 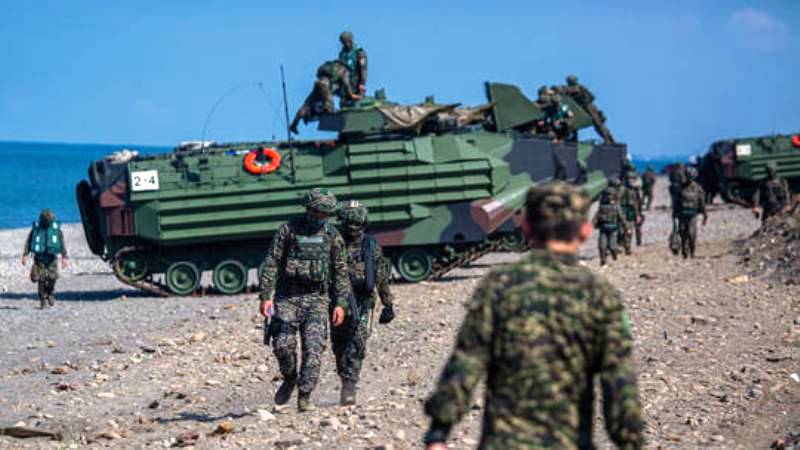