British PM Boris Johnson Has ‘No Choice’ But To Resign: Farage

British PM Boris Johnson Has ‘No Choice’ But To Resign: Farage 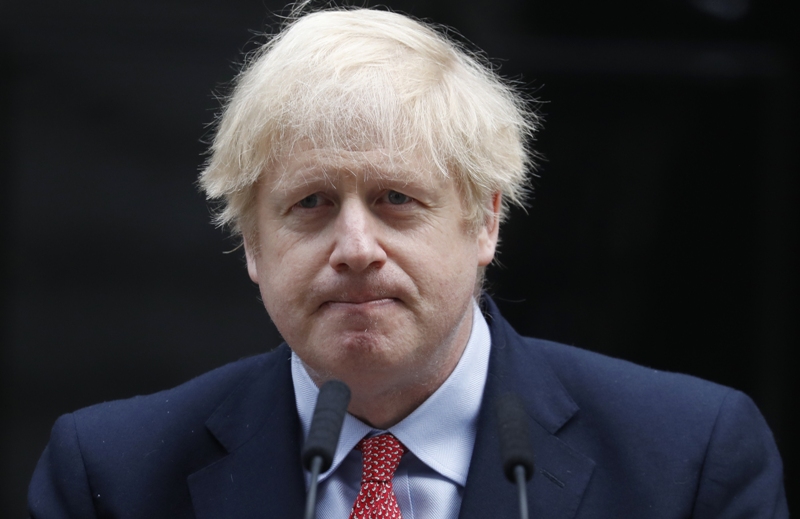 Steve
Imagine if we had politicians who would resign if they were caught being dishonest? We’d have no one left.

Owl-Go-Rhythmz
All for simply ‘not telling the truth?’ Wouldn’t that imply the entire US government, from Federal to State to Local, should resign as well?

Me
“When conservative parties stop being conservative, they begin losing elections”… I hope that Republican Party leadership listen up. He’s absolutely right!

zzone1 zones
At least the British parliamentary has an inner gyroscope to correct itself unlike ours in United States, party over country.

John Dunn
Around the world… We need Conservatives to grow a spine, and govern as conservatives.

Jb Garrett
Now, if we can get Biden to resign, that would be a sign of moving forward and upward. Navigating this path with Biden has cost me thousands of dollars. Thanks, Brandon!

ajd36
It WASN’T the fact that he broke the rules, and it WASN’T the attempt to cover it up. It was what the breaking of the rules revealed, the grave suspicions that it confirmed.

Jim K
So what is worse….”Oh, I forgot” or “Cornpop was a bad dude”? Forgetting one event or making up story after story, then forgetting to do your job?

Lisa Ann
Boris had a clear running field, no competition, it should have been easy if he had stayed a true conservative and led with integrity and authority. Instead, he was swayed by his wife’s green liberal friends and he lied over and over again. I voted for him, but now I’m glad he’s gone as I could never bring myself to vote for him again.

jeff gibson
Please why can’t we be like them on this. Biden doesn’t have the character or class to resign. Lord help us…!

Ezra Epizon
Boris seemed to take his ideas from France as opposed to from Switzerland or Singapore squandering the Brexit opportunity by not lowering taxes and regulations, doing trade deals and privatizing the disastrous health care system. Instead, he hiked taxes, supporter the NHS, implemented woke energy policies, kept a big Government and spent like a drunken sailor. He also locked down his own citizens!!! This is not very conservative. He also got involved with Ukraine, which ultimately will be proven a disaster.