– China has cut its holdings of US government bonds for the 7th month running, official data Monday showed.
– Analysts have said China could be trying to prop up its currency, the yuan, as the dollar surges.
– China may also be looking to diversify away from dollar assets amid geopolitical tensions.

China sold US government debt for a seventh straight month in June, in a potential sign that Beijing is trying to defend the yuan against the dollar.

China’s holdings of US Treasuries fell to $967.8 billion in June, down from $980.8 billion in May, Treasury data showed Monday. Its holdings have dropped sharply from a year earlier, when they stood at $1.06 trillion.

Analysts have put forward various theories as to why China has slashed its bond holdings in recent months. Most suggest Beijing is trying to boost the yuan against the dollar, as it has become somewhat more nervous about holding US assets given the recent rise in geopolitical tensions.

Chris Turner, global head of markets at ING, believes the ongoing sell-off is probably driven by a desire to protect the value of the Chinese currency against its surging US counterpart.

“This looks more likely a function of Chinese [foreign exchange] intervention to keep USD/CNY stable in a strong dollar environment,” he said in a note to the Dutch bank’s clients earlier this month.

However, Turner said geopolitical considerations are at play too, given many governments are concerned by the move by the US and its allies to freeze Russia’s foreign-currency reserves.

“A further decline in China’s US Treasury holdings looks likely as geopolitical spheres of influence sharpen after Russia’s invasion of Ukraine and the seizure of Russian FX reserves,” he said.

The yuan has fallen sharply against the dollar this year as concerns about the Chinese economy have grown and as the US Federal Reserve has hiked interest rates.

A cheaper currency typically makes exports more competitive, but Beijing has appeared anxious not to let its currency slide too far.

Sassan Ghahramani of SGH Macro Advisors agreed with Turner that the the sell-off could continue as geopolitical friction between the US and China runs high. Those tensions have flared since a visit by US House Speaker Nancy Pelosi earlier in August to Taiwan, which China claims as part of its territory.

“The drive to reduce USD exposure has been an ongoing strategic objective of Beijing’s, but one which is now repeatedly being reemphasized in private by officials and is apparently being accelerated,” Ghahramani said.

China is still a major foreign holder of US Treasuries, second only to Japan, the official figures showed. 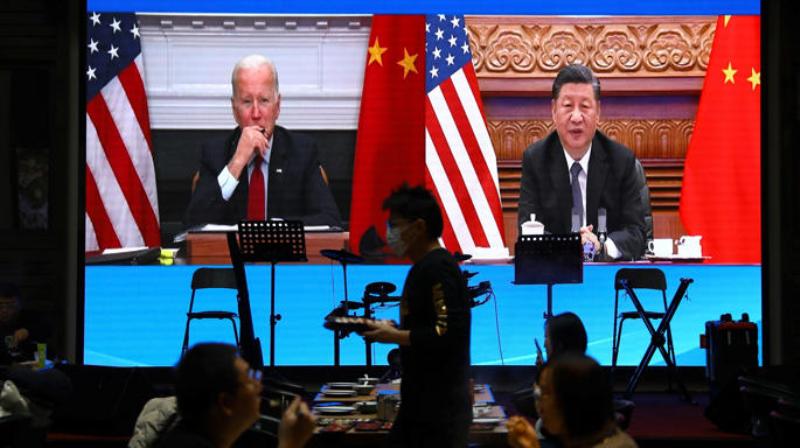 PrevPreviousTruthbook.social is Sponsoring a Special Upcoming Event. Australian National Review Founder Said It Will Be a Great Night, Which Is Planned for Freedom Fighters, by Protest Organisers on the Gold Coast
NextAustralian Children Are at the Forefront of an Experimental New Social Engineering ProgramNext