Corrupt Australian Police, Suspected by Protesters of Planting Weapons, To Frame Innocent Protesters, Protesting About the Government Killing Their Loved Ones, With the Deadly Vaxxines, and Trying To Say Its C0VID

Corrupt Australian Police, Suspected by Protesters of Planting Weapons, To Frame Innocent Protesters, Protesting About the Government Killing Their Loved Ones, With the Deadly Vaxxines, and Trying To Say Its C0VID

Steady Eddie
That was a dumb ass move on his part.
Luckily none of the good leaders were involved.

Mark Gardiner
WHO WOULD BELIEVE THE COPS ,WHEN THEY ARE THE ONES WHO INCITE VIOLENCE. THEY HAVE LOST ALL RESPECT OF THE PUBLIC!!

Marcus Payne
Stay awake people. Don’t give up. Don’t give in. Keep the strength and awareness and your rights. Don’t fall back asleep. Sending love and light to All.

Dev Bradley
I think I will suspend my judgment until I hear Jim Greer’s side of the story. Personally, I would not put it past the police to plant guns, drugs, or anything else on any person. Having seen their treatment of the Australian public, I no longer trust them one iota. Thanks, Simeon.

jessy
Just because one person might have had a firearm shouldn’t make it reasonable to search everyone else. It is one person, even if he’s a “leader” doesn’t change the fact that he’s still an individual.

Shawn Hill
Come on wouldn’t be the first time the corrupt cops haven’t set someone up .

Christian D’Amico
The anti government people there keeping politicians away weren’t trying to create a monopoly. They were trying to avoid a selfish politician from creating one. I can understand having total distrust in any politician at this point, whether they’re in power or not. That seems smart to me.

Deb Down Under
I am all for peaceful protests and hope that they stay peaceful but, I am really beginning to struggle to see any positive outcome without the use of weapons, especially when the people are dealing with armed criminal coppers.

VIRGINIA CONSTRUCTION ADVISORY SERVICES LLC
A 100 year old shortenened rifle that probably wouldn’t fire is not a valid reason to dismiss the legitimate concerns of hundreds of thousands of citizens. How many police do you think posses illegal firearm in their homes? We wont be hearing about that anytime soon. 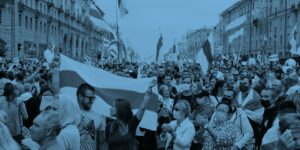 PrevPreviousNeil Young Sold Half His Music to an Investment Firm Who Did a Billion-Dollar Collaboration With Another Firm That Recently Hired an Ex-CEO of Pfizer
NextScott Morrison: Australia’s Worst Ever Prime Minister? Caldron PoolNext