FBI Director Christopher Wray on Wednesday condemned recent online threats against him and other federal agents in the wake of the agency’s raid on former President Donald Trump’s private Florida residence.

Wray, who was appointed as the agency’s director in 2017 by Trump, said violence against law enforcement is not the answer, calling threats circulating online “deplorable and dangerous.”

“Again, violence against law enforcement is not the answer, no matter what anybody’s upset about or who they’re upset with,” Wray told The Associated Press after a news conference at the agency’s field office in Nebraska, where he discussed the FBI’s focus on cybersecurity.

Wray refused to answer questions and provide more details on the hours-long search, where dozens of FBI agents reportedly executed a search warrant approved last week by a magistrate judge in Florida.

Since the Aug. 8 raid on the former president’s private residence of Mar-a-Lago, online messages have appeared calling for a response to the unannounced search.

Reactions included “lock and load” and calls for federal agents and U.S. Attorney General Merrick Garland to be assassinated. On the social networking service “Gab,” one poster going by the name of Stephen said he was awaiting “the call” to mount an armed revolution. 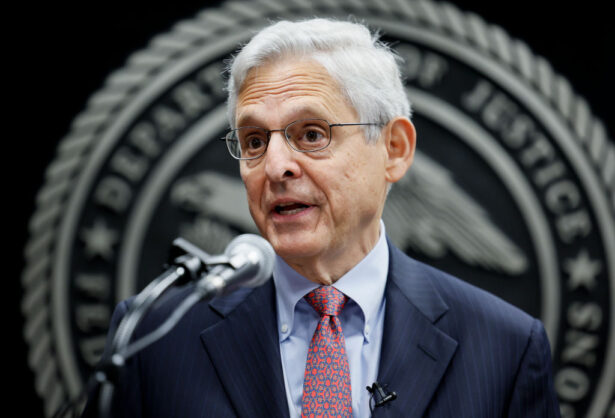 U.S. Attorney General Merrick Garland speaks at the swearing in for the new Bureau of Prisons (BOP) Director Colette Peters at BOP headquarters in Washington on Aug. 2, 2022.

Sen. Rand Paul (R-Ky.) said the search could lead to Garland’s impeachment, urging an investigation to look into whether he misused his office.

In response to the messages, Wray said “it’s important that we view the men and women of law enforcement as people,” noting that they make “heroic sacrifices” for all Americans.

During Monday’s search, agents reportedly “ripped open” an extra lock that the Justice Department (DOJ) and FBI had asked the former president to be installed in early June, Trump said in a post on Truth Social on Aug. 10.

“Without notification or warning, an army of agents broke into Mar-a-Lago, went to the same storage area, and ripped open the lock that they had asked to be installed,” Trump said. “A surprise attack, POLITICS, and all the while our Country is going to HELL!”

The former president’s latest statements, if true, weaken the case that the FBI raided the house solely for the purpose of obtaining the records.

“Nothing had been hidden and nothing had been kept secret from them, which makes this all more all the more ridiculous,” Trump’s lawyer, Christina Bobb, told The Epoch Times on Tuesday. Bobb confirmed that the federal agents were looking for presidential records at Mar-a-Lago during the raid.

On Tuesday, the magistrate judge who reportedly approved the search warrant ordered the DOJ to file a response to a motion asking for the DOJ to unseal the warrant no later than Aug. 15.

Neither the FBI nor DOJ has issued public comments about the raid, which was first confirmed by Trump late on Monday.

The FBI declined to comment when contacted by The Epoch Times, and the DOJ has not responded to several requests for comment. 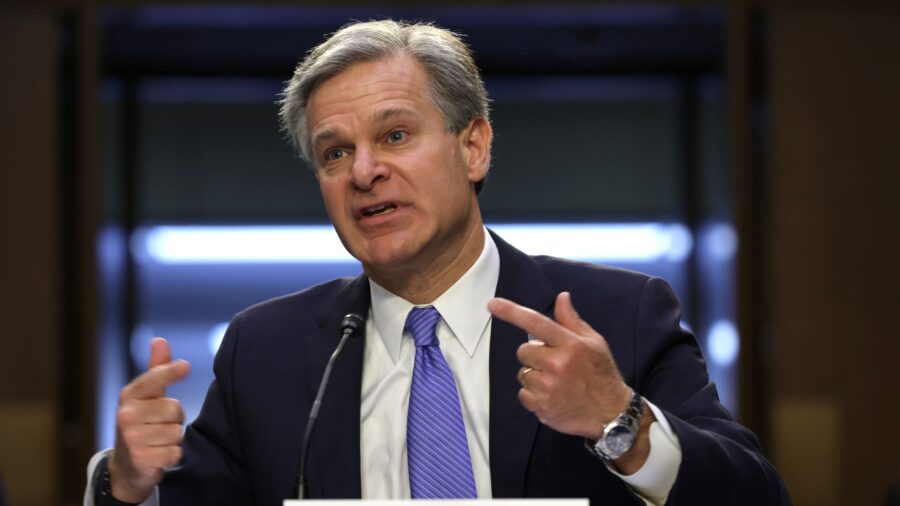 PrevPreviousFarmers Have Put up Road Blocks in Several Serbian Towns in Protest of Government Policies and Fuel Costs
NextSenator Malcolm Roberts Met with Julian’s Father, Mr. John Shipton, and His Brother, Mr. Gabriel Shipton in Parliament at the Last SittingNext