Populists have scored big against the establishment in the legislative election.

If French President Emmanuel Macron thought that his re-election this past May against right-wing populist challenger Marine Le Pen was a license to keep forging ahead with a neo-liberal agenda, it turns out that he badly miscalculated.

While French voters may have been reluctant to hand executive control over to Le Pen, they seized the opportunity to recalibrate the balance of power away from Macron’s establishment status quo with last weekend’s parliamentary elections.

Although Macron’s centrist Together coalition retained the most seats among the parties elected to the National Assembly on Sunday, the president lost the absolute majority which had allowed him to freely ram through his agenda into law. Until now, whatever Macron wanted or telegraphed – whether it was Covid jab mandates and digital passes or censorship under the guise of ‘national security’ – his party simply converted into law. And there was nothing that opponents could do about it other than complain hopelessly.

Populist parties on the right and left both made historic gains, while the traditional establishment parties were decimated. Of the 577 seats, Macron’s Renaissance party (formerly La République En Marche!) maintained 170, losing 138 compared to the 2017 election. Gains made by other members of the Together coalition fell far short of compensating for such a massive loss, resulting in the coalition holding down only 245 seats in total.

The populist left coalition New Ecologic and Social People’s Union, led by Jean-Luc Mélenchon – it’s called “Nupes”, its French acronym, but really should be called “Watermelon,” since it is populist left pinkish-red at its core with an outer layer of green activism – nabbed 131 seats to form the primary opposition. Meanwhile, Marine Le Pen’s National Rally right-wing populists made historic gains that surpassed all expectations, surging from just eight seats to 89. The establishment right, Les Républicains, had to settle for just 61 seats, while the traditional Socialist Party as an entity was nowhere to be found.

What emerges is a snapshot of the new ideological dichotomy that is increasingly dominating Western political discourse. The conventional left-right paradigm is being overshadowed by one of populism versus neo-liberalism as establishment elites on both sides of the political divide across the Western world preach the same gospel and sing from the same hymn book on issues of critical importance to citizens.

Establishment politicians on the right and left are more often than not in agreement on matters such as Covid jab mandates, state-backed censorship, surveillance (digital or otherwise), the foreign bogeyman-du-jour, or the need to follow whatever consensus or agenda is laid out at the Davos World Economic Forum and backed by the murky interests of rich elites. What’s the point of arguing about partisan ideology when the sovereignty of your country is at risk from those within who have few qualms about selling it out to external or supranational interests?

The French non-establishment right and left have a lot in common. They have no interest in backing American foreign policy in constantly picking fights abroad. They have a more pragmatic and agnostic approach to other countries that would benefit French trade and cooperation. They understand that America’s problems don’t have to be France’s if Paris insists on sovereign independence in its dealings with Washington and the EU.

Populists’ lack of access to power has made them relatively unattractive targets for seduction by special interests more interested in lining their own pockets than those of the average citizen. And their own histories of being marginalized by the establishment and refusing to join conventional political parties is a testament to the kind of character needed to pursue an unconventional agenda under tremendous establishment pressure to conform.

It’s no surprise that French elites are freaking out. After the election, experts are referring to the country as “ungovernable” – all because the governing elites can’t just do whatever they want anymore. Nothing is more easily “governable” than an autocracy. In exercising their democratic right, French voters injected much needed diversity in the most critical ideological sense.

French citizens routinely cited purchasing power as their top concern during these elections. Macron failed the French when he backed Washington’s perpetual antagonizing of Russia on its border with Ukraine when a withdrawal of French support and insistence that Ukraine abide by the French-backed Minsk Accords could have ended the conflict. And when the conflict turned red-hot, Macron backed anti-Russian sanctions leading to energy- and inflation-related price hikes in France and Europe. He blew past every possible off-ramp and is only now changing his tune about the need for peace, negotiations, and Ukrainian concessions.

Healthcare concerns were also at the top of people’s minds. Although French hospitals are under strain, 15,000 suspended unvaccinated health care workers have yet to be reintegrated under Macron’s Covid rules.

Another issue is the retirement age, which Macron is set to raise from 62 to 65. But for French citizens, whose salaries are already low because their employer has to pay nearly one euro in social security to the government for every euro of employee salary (and that’s before another quarter of what’s left is taken off at the employee’s end), it translates to yet another way of taxing their work by reducing their benefits.

The populist right and left agree that French policy should be oriented to benefit the interests of the average working French citizen first and foremost rather than treating them as an afterthought or collateral damage in the service of other murky interests. This new French parliament is a foot in the door for populists on both the right and left to convince even more voters that populist governance is not only a viable – but actually preferable – alternative to the current establishment status quo. 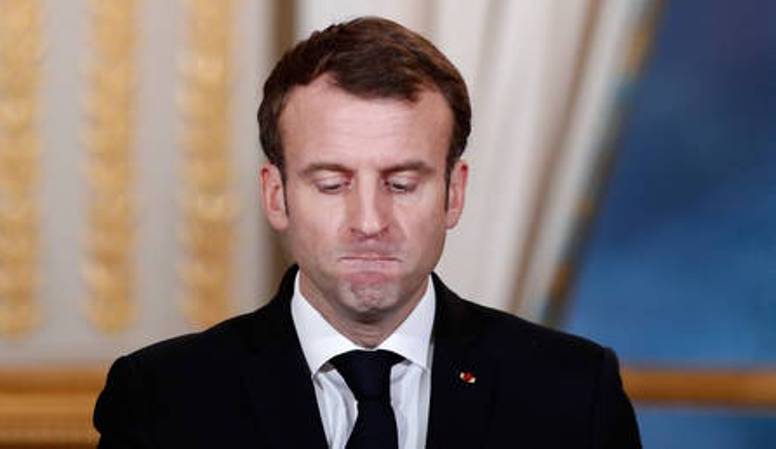 PrevPreviousANR Founder and Truthbook Co-Founder, Freedom Activist, and One of the First Authors on the Planet, To Predict the Rise of Bitcoin Slams Australian Bitedge Blogger
NextMore Chaos With Flights: Pilot Shortages, Discouraging Everyday Folk From TravelNext