If ASIC were to pay out all of the losses it has deliberately caused Investors, let alone ones where it did nothing to stop them, it would run into billions – is thus why the Government skips compensating investors?

Criticism of ASIC gross mismanagement and some would say effectively alleged criminal conduct under its “ blame, frame, defame and shame strategy “ where it targets investment promoters for PR stunts to make it look like it’s doing something useful. When to win cases in court, it must show investor losses. When there isn’t any, this doesn’t stop ASIC going after it’s targets. ASIC knows after losing the Andrew Forrester case against FMG years ago, that without investor losses it’s hard to win in court. So the ASIC designed a clever way to deceive the Courts, by going out of its way to cause losses to investment projects deliberately and provocatively.
They did this with the $400 million in losses to Norm Carey Westpoint Property Group and again with the 21st Century Group’s land banking projects.

In the words of Miss Pendergast, the Senior ASIC Officer who ran the 21st Century case in 2015, when asked by CEO Jamie McIntyre what about the investor losses your actions to Liquidate the land projects will cause investors, her response in writing was “ investor losses is not ASIC’s primary concern”.

Quite extraordinary comments to be made by a Senior ASIC Officer, who allegedly, deliberately caused losses to hundreds of innocent investors causing $5.8 million and $16 million in investor losses, and over $50 million in losses to the 21st Century Group

ASIC then went on its “ blame, frame, defame and shame strategy to blame McIntyre for losses it deliberately caused to the projects mostly out of spite, because McIntyre predicted in a Senate Committee exactly what ASIC was up to, and was subsequently proven right. 7 years later the value of the land projects has grown immensely.

To this day investors are demanding ASIC pay compensation, and stop their deliberate strategy of causing losses to innocent investors.

Their is a cost of lives lost as well, as some investors ASIC have caused losses to have committed suicide from losses caused by ASIC Officers. Many who seem pre occupied with furthering their careers by causing innocent investor losses to win court cases, such as Miss Pendergast alledgedly.

One industry observer says what ASIC has done is criminal and they should be jailed.

They now are targeting McIntyre again it’s been reported, once it become public he and investors will pursue ASIC for the losses and demand a Government apology.

They are desperate to cover up and silence anyone drawing attention to what is “ effective criminal action by ASIC Officers.

Below highlights further losses caused by ASIC failing to take action which is another way they indirectly hurt investors. 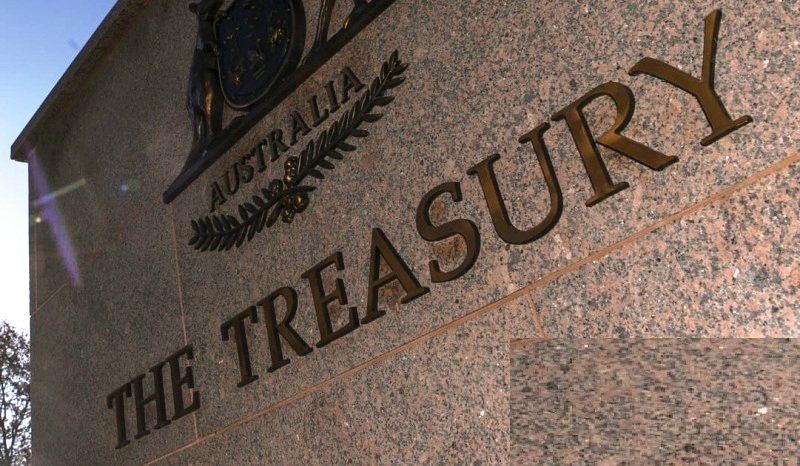 Investors seeking $200m in compensation from the corporate regulator over the collapse of a retirement village group say they are trapped in a catch-22 situation because no one in government will consider their claim.

The Australian Securities and Investments Commission says its authorisation to make decisions under a scheme designed to compensate people for bad decisions by regulators expired in 2015, so the call rests with the responsible minister – the federal treasurer, Josh Frydenberg.

But Treasury officials and Jane Hume, the financial services minister, have told investors that Frydenberg cannot make a decision because doing so would interfere with Asic’s independence.

The bureaucratic impasse is yet another blow for long-suffering investors in the Prime Retirement and Aged Care Property Trust, who have spent more than a decade trying to recover some of the money they poured into the group, without success.

“We’re just in limbo,” said Steve O’Reilly, one of the organisers of the Prime Trust Action Group, which represents investors in the failed venture. “But if this is allowed to stand, then there’s just no accountability, Asic can do whatever it wants and act in a cavalier way, and with no regard to investors.”

In their claim for compensation, the investors say Asic should never have trusted Prime Trust’s prime mover, Melbourne businessman Bill Lewski, to run an investment group using other people’s money.

Entities associated with Lewski, who boasts a shock of corkscrew white hair, drives a Porsche and lives in the ritzy seaside suburb of Brighton, made an estimated $93m out of Prime Trust through transactions that have been the subject of much bitterness – and legal action – since its collapse in 2010.

After years of litigation, including a trip to the high court, Asic banned Lewski and several others involved with the management of the trust from being company directors.

In October 2019, the full federal court upheld an earlier ruling banning Lewski from running a company for 15 years and fined him $230,000. Others penalised included the former Howard government minister Michael Wooldridge, who was banned for two years and fined $20,000.

The court found that Lewski and others had breached their duties as directors by taking steps to make a $33m payment to Lewski’s company, Australian Property Custodian Holdings (APCH), which ran the trust, as a fee for listing on the ASX. Directors had in 2006 voted to amend the constitution of the trust without giving investors the opportunity to vote on the payment.

Liquidators also initiated civil proceedings against Lewski and others seeking to recover the $33m and an additional $60m paid to Lewski after one of his companies sold management rights over Prime Trust retirement villages, rights which liquidators claimed he did not own.

Those proceedings settled in 2018 without Lewski making any admission of wrongdoing.

But despite all the lawsuits, there was nothing for investors, who say they raised concerns about the way Prime Trust was being run as early as July 2009.

In February 2019, as the legal dust was finally settling, about 1,800 Prime Trust investors lodged a claim for compensation with Asic under a government program called the Scheme for Compensation for Detriment Caused by Defective Administration (CDDA).

It’s a last-resort option for people who claim to have been damaged by the actions – or inactions – of arms of government.

In their application, the Prime Trust investors said Asic erred by granting a financial services licence to APCH. They said Asic should not have trusted that Lewski possessed the good fame and character required to be named a key person on the licence.

The investors say Asic had a number of opportunities to rip up APCH’s ticket between first granting the company a licence in 2001 and granting it a variation in 2007.

In 2004, Asic took legal action against some of Lewski’s companies over concerns that they were running a managed investment scheme without the appropriate registration and about how they were dealing with investors.

Asic was concerned that Lewski’s companies were buying the stakes of investors in another of his property schemes for less than they were worth.

The concerns were resolved in September 2007 when Lewski and the companies involved signed enforceable undertakings to get the properties independently valued. It is unclear what the result of the independent valuation was. As part of the deal, Lewski agreed to court declarations that the scheme was an unregistered managed investment scheme and orders that it be wound up.

Despite this, Asic issued APCH a variation to its licence that again named Lewski as a key person on Christmas Eve 2007.

“It is submitted that Asic’s defective administration in failing to properly enforce the licensing requirements of the Corporations Act directly led to investor losses,” the Prime Trust investors said in their CDDA claim.

Lewski did not respond to questions about the allegations sent to his lawyer, Sam Bond of SBA Law.

Inside Asic, executives think the claim would be unlikely to succeed because the bar for defective administration is high – investors would need to show Asic had a legal obligation not to give APCH a licence.

But no one at the regulator has had a close look, because Asic lost its authorisation to decide CDDA claims in 2015.

It’s not exactly clear how that occurred. Asked why it would not consider the request for compensation, an Asic spokesperson said: “Unfortunately, that’s not something we are able to comment on.”

However, the feeling inside the regulator is that it may have been part of a wider move across government to bring CDDA decisions back under direct ministerial control.

That raises the prospect that claims against other regulators may fall into a similar administrative void.

In separate letters from Hume and Treasury, the investors have been told that it would interfere with Asic’s independence if Frydenberg decided the claim.

The treasurer’s office did not respond to a request for an explanation.

“Every time they refer to Asic’s enabling legislation or the independence argument, they won’t provide any substance to the argument, they just say, ‘Oh it’s … under the legislation we can’t,” O’Reilly said. “We’ve gone back in detail and said why they can and they just won’t engage on this point.”

The government has urged the investors to abandon their application under the CDDA scheme and instead apply for an act-of-grace payment – another last-resort option for compensation. A Treasury spokesperson said this would “achieve the same practical outcome”.

But the investors don’t want to pursue this option because they feel it might not deliver one thing that is required under the CDDA scheme: an explanation.

Treasury’s spokesperson said investors would also get reasons under the act-of-grace process, but O’Reilly said there was no guarantee.

“If we go act of grace, they can just say, ‘no, sorry’, and that’s the end of it, but under the CDDA scheme, if they do reject it, they have to provide written, properly defensible reasons for doing so,” he said. “That’s where we think they’ll struggle.”

… as you’re joining us today from India, we have a small favour to ask. Tens of millions have placed their trust in the Guardian’s fearless journalism since we started publishing 200 years ago, turning to us in moments of crisis, uncertainty, solidarity and hope. More than 1.5 million supporters, from 180 countries, now power us financially – keeping us open to all, and fiercely independent.

Unlike many others, the Guardian has no shareholders and no billionaire owner. Just the determination and passion to deliver high-impact global reporting, always free from commercial or political influence. Reporting like this is vital for democracy, for fairness and to demand better from the powerful.

And we provide all this for free, for everyone to read. We do this because we believe in information equality. Greater numbers of people can keep track of the events shaping our world, understand their impact on people and communities, and become inspired to take meaningful action. Millions can benefit from open access to quality, truthful news, regardless of their ability to pay for it.