Western officials didn’t use the forum for its intended purposes, the Russian foreign minister said.

Lavrov remarked that he didn’t go to the summit for photo ops with foreign officials. If Western ministers wanted to skip some parts of the entertainment offered by the host nation to avoid being seen with him, it was up to “their understanding of the protocols and politeness,” he added.

Some of the countries that want to punish Russia for attacking Ukraine pledged to use the meeting of G20 foreign ministers in Bali to demonstrate Russia’s supposed diplomatic isolation.

“It was obvious that they didn’t use the G20 for the purposes, for which it was created,” Lavrov said. Participants from developing countries didn’t support the approach, he added.

“Aggressors, invaders, occupants. We’ve heard quite a few such things today,” he explained while describing the speeches made by his Western counterparts.

Lavrov said that signals coming from Western nations contradicted each other, since some were calling for a peaceful resolution of the conflict in Ukraine while others urged Kiev to fight and win before talking to Moscow.

“If the West doesn’t want talks and wants a victory over Russia on the battlefield… then perhaps we simply have nothing to talk about,” Lavrov remarked.

The top diplomat said that in some cases Western Russia-bashing was apparently more about the theatrical effect than anything else, as, he assessed, was the case with outgoing British Prime Minister Boris Johnson.

The British PM announced his resignation as the leader of the Conservative Party and the head of the government on Thursday amid the latest scandal plaguing his cabinet.

“Well, he resigned, and so be it,” Lavrov said. “Everyone said Russia must be isolated. But so far his own party has isolated Boris Johnson.”

Russia sent troops into Ukraine on February 24, citing Kiev’s failure to implement the Minsk agreements, designed to give the regions of Donetsk and Lugansk special status within the Ukrainian state. The protocols, brokered by Germany and France, were first signed in 2014. Former Ukrainian President Petro Poroshenko has since admitted that Kiev’s main goal was to use the ceasefire to buy time and “create powerful armed forces.”

In February 2022, the Kremlin recognized the Donbass republics as independent states and demanded that Ukraine officially declare itself a neutral country that will never join any Western military bloc. Kiev insists the Russian offensive was completely unprovoked. 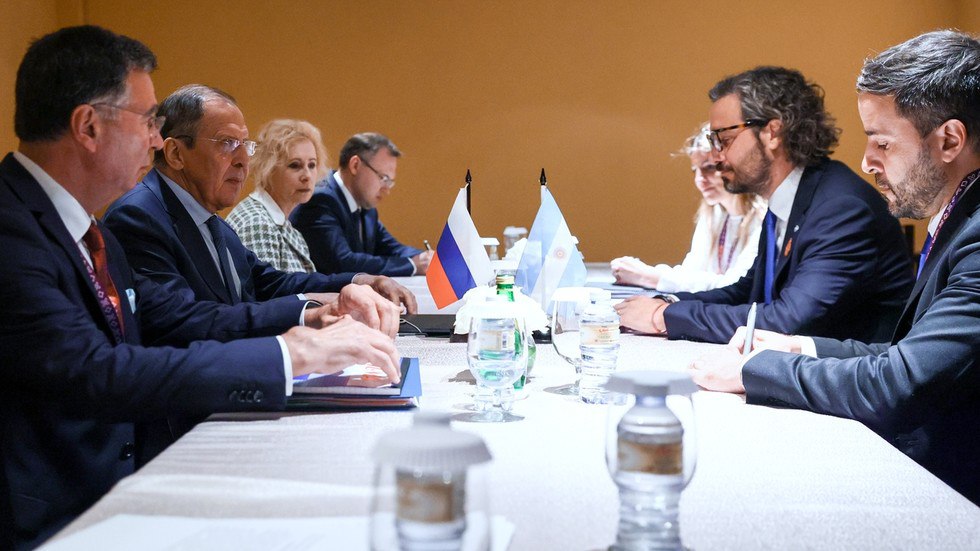 PrevPreviousProtestors in Uruguay Celebrating and Chanting “Freedom” as the Ruling to Immediately Suspend Injections for Those under 13 is Announced
NextANR Founder Asks the Question. Should Australia Join the Future in the BRICS and Move Away From the Imploding Western Oligarchy and Help Prevent WWW3Next