An explosion in Texas has knocked out 20% of US LNG export capacity for at least three weeks.

One of the largest US plants producing liquefied natural gas (LNG) for export has been damaged by an explosion and fire. The incident has forced the Texas Gulf Coast facility to cease operations in a move expected to impact European and Asian markets.

“As a result of today’s fire, Freeport LNG’s liquefaction facility is currently shut down and will remain shut down for a minimum of three weeks,” the company announced on Wednesday night, providing no further details.

Earlier in the day, the company acknowledged an “incident” at its plant in Quintana, some 70 miles (112km) south of Houston, but said no employees were injured, and that there was no risk to the community.

The exact cause of the fire and extent of the damage remain unclear. After some witnesses reported a loud bang and a large fireball in the area, aerial footage captured by local TV broadcasters showed firefighters at the facility, but there were no signs of open flames.

Been in the Freeport area all day for an “incident” at LNG facility on Quintana Island. Freeport PD and witnesses say no doubt about it: it was an explosion. 💥 The fire/release has been contained and employees are accounted for. Investigation underway. pic.twitter.com/8wuGEGazb2

The Freeport facility supercools and liquifies about two billion cubic feet of natural gas per day, or roughly 20% of the entire US export capacity. Overall, American LNG exports were around 9.75bcf per day in 2021, hitting a record total of 100 billion cubic meters that year, according to the Energy Information Administration.

Some context on the outage at a key US LNG plant:

🚢 Almost 20% of all US LNG exports went through Freeport last month
🚢 US sent ~75% of its LNG to Europe in Jan-April
🚢 Freeport plant supplies BP and Total in Europe, as well as Japan’s Jera and Osaka Gas, and SK E&S in Korea pic.twitter.com/UdT1ikLlcy

While US natural gas prices tumbled more than 6% on Wednesday, the incident is expected to force prices up and have wider ramifications for global markets.

Europe, in particular, is already facing a major energy crisis as a result of post-pandemic disruption to supply chains, along with an unprecedented Western sanctions campaign imposed on Moscow. Despite all efforts to cut ties, the EU still receives some 40% of its total natural gas imports from Russia, mostly via pipelines, having bought around 155 billion cubic meters in 2021.

Meanwhile, US exports to the EU were a little over 22 billion cubic meters last year. President Joe Biden allegedly promised to increase LNG deliveries by 15 billion cubic meters in 2022, but some analysts say the US is already producing at full capacity, and that any additional gas sales to Europe would have to be taken from exports intended for other buyers. 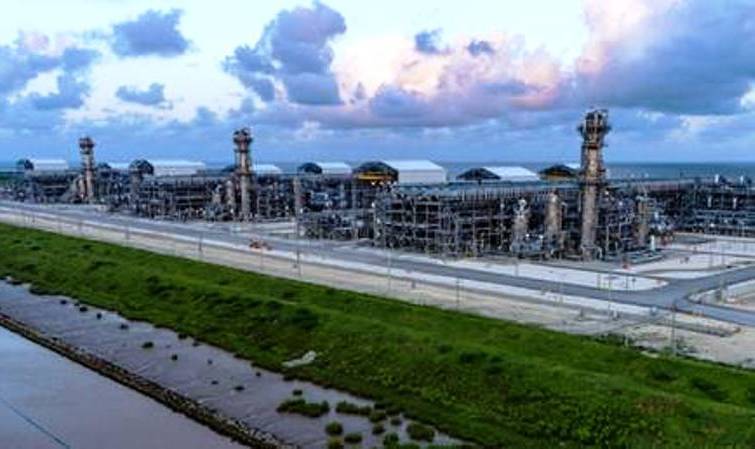