Scott Morrison responds to leaked texts revealed by Network 10’s Peter Van Onselen at the National Press Club between Gladys Berejiklian and a current senior Liberal minister calling him a “fraud”, a “psycho” and a “horrible, horrible person”. 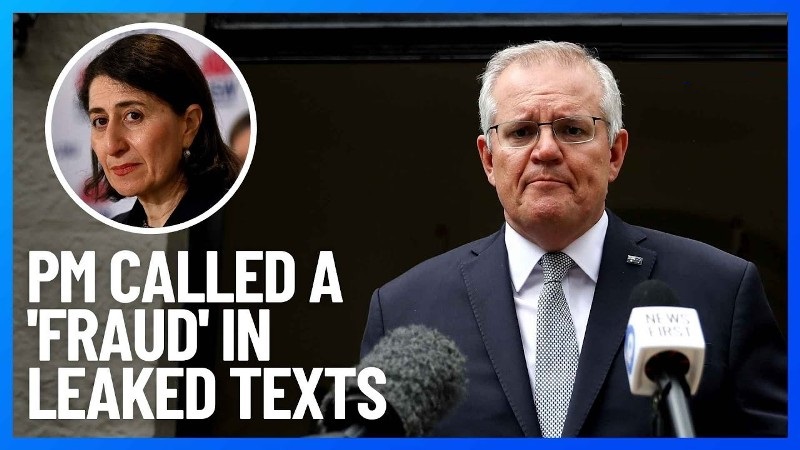 Greg Iles
Gladys knows all about what a horrible person is, first-hand.

Paul Davis
His eyes blink whenever hes confronted with the truth.

Liba tal Klieb
It was beautiful to watch his world crumbling around him.

Craig 64
Reading his body language and going by Smirko’s response…., I’d say that text is 100% correct.

Tim Smith
Imagine the feeling that the reporter had as he was chosen to stand up – knowing that he would destroy Smirkey in less than one minute – totally gangsta, I reckon.

Steve J
Well one thing’s for sure, the fact checkers are going to have a seriously hard time pretending this is false.

wave of mutilation
You can always tell when smug Scott is lying – it’s when his lips are moving.

Silvrsentinel7
‘Does this exchange surprise you?’ I would be surprised if anyone in this country thought otherwise.

Da Mah
Scomo hated by politicians? That’s a net positive for mine. They aren’t exactly great judges of character.

Kal
Look at that distasteful smirk. I love it when even those in his own party can’t cover up his incompetence.