SALT LAKE CITY (KUTV) — Utah’s senior senator is throwing the weight of his office behind a push to get the CDC to recognize and help people injured by the COVID-19 vaccines, even if those injuries are rare.

“The best way to calm fears about COVID vaccines is to be open and forthcoming about possible side effects,” Lee stated.

“It has come to our attention that several hundred individuals in the United States have experienced life-altering injuries after receiving COVID-19 vaccines,” Lee stated in a letter to the director and acting commissioner of the Centers for Disease Control and Prevention.

The letter goes on to say: “The widespread lack of acknowledgement of adverse events following receipt of a COVID-19 vaccination has made it nearly impossible for some of these individuals to obtain the medical treatment they need. If any of the COVID-19 vaccines truly cause adverse events of the severity noted above, even in a small percentage of cases, these risks must be disclosed, particularly to the medical community so that healthcare professionals are properly informed and may provide necessary treatment, care, and information to the general public as they weigh the risks and benefits of being vaccinated.”

Lee co-signed the letter along with Sen. Ron Johnson (R-WI) dated June 28. The letter included six questions and asked for a reply by Monday. As of publication, they had not received a response, 2News was told.

Sens. Lee and Johnson have met with a handful of people specifically suffering from neurological side effects, including a Utah County woman who was forced to quit her job as a preschool teacher and get a nanny for her two young children after receiving just one dose of a COVID-19 vaccine.

Brianne Dressen was one of the first to receive the vaccine, volunteering as part of the AstraZeneca trial. She received the first dose on Nov. 4, 2020.

Brianne Dressen was forced to quit her job as a preschool teacher and get a nanny for her two young children due to health issues she experienced after receiving one does of the AstraZeneca COVID-19 vaccine during a clinical trial. (Photo provided by Brianne Dressen)

Dressen calls herself “pro-science and pro-vaccine,” and said she was “thrilled at the opportunity” to do her part in ending the pandemic.

Almost immediately after receiving the vaccine, Dressen says she started noticing a wide range of adverse effects. First it was tingling down her arm, blurred vision and a sensitivity to sound. The first night post-vaccine, she said she experienced what you’d now consider a typical vaccine response, including a high fever. The fever broke by morning, but new symptoms and problems started to get worse in the weeks to come. Light and noise were too much to handle and she started getting strong tinnitus, or ringing in her ears.

Dressen went to a local clinic, where she was told her she might have multiple sclerosis, or MS. The doctor recommended she see a neurologist, who ruled out MS and told her to go to the ER. While seeing doctor after doctor, her health declined. After multiple ER visits, Dressen was “un-blinded” from the clinical trial and learned she had received a dose of the AstraZeneca vaccine and not a placebo, she told 2News. 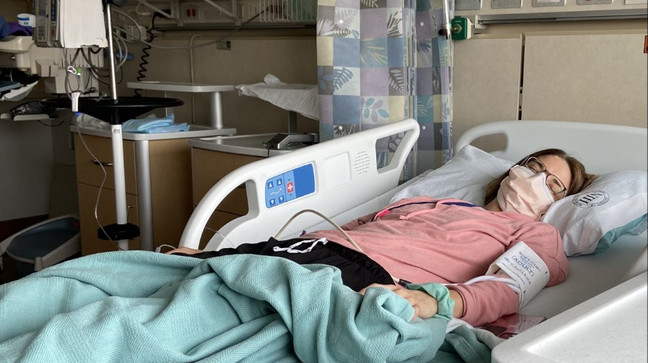 After participating in a clinical trial of the AstraZeneca COVID-19 vaccine, Brianne Dressen experienced multiple neurological effects and was eventually admitted to the hospital. (Photo provided by Brianne Dressen)

Eventually, she was admitted to the hospital, where she struggled with basics like walking and became incontinent.

Dressen found others with similar symptoms after contacting a doctor at a lead research institution who helped make connections with others suffering neurological side effects after receiving the Pfizer, Moderna, Johnson & Johnson or AstraZeneca vaccines.

The group started with a handful of people across the country and has since grown to hundreds. Many have now shared their vaccine stories and health histories on a newly published website, “C19 Vax Reactions,” to push the CDC for recognition and answers.

The websites home page describes the group as “a large and ever-growing group of Americans who were previously healthy and have been seriously injured by the COVID vaccines.”

“We are pro-vaccine, pro-science and were excited for the opportunity to be vaccinated and do our part in helping end the pandemic,” the site states.

Many in the group come from a background of science, including doctors, nurses and those volunteering to participate in trials like Dressen.

Dressen and her group believe telling their stories should not stop the vaccination effort. Instead, Dressen says “we can make informed decisions and still vaccinate America.” She recognizes severe reactions, while rare, should still have a space where those injured can tell their stories and find medical help without backlash or censorship on social media.

Why can’t we have both — the vaccines and help those having severe reactions? Why is this an either/or situation?” she asked.

While Lee’s office has not received a response to his six questions, Dressen says a handful of the people represented in the letter have received medical records requests this week, though she and the vast majority have not. 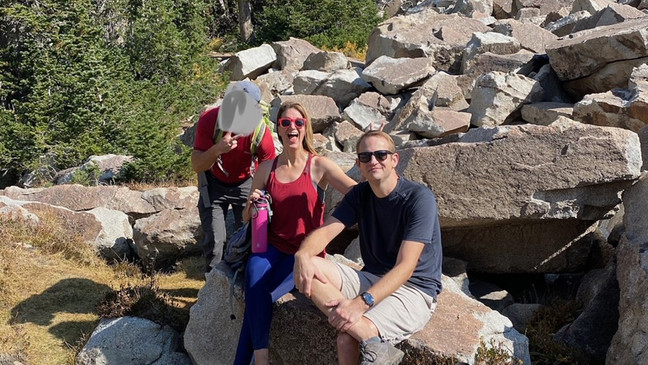 Brianne Dressen was forced to quit her job as a preschool teacher and get a nanny for her two young children due to health issues she experienced after receiving one does of the AstraZeneca COVID-19 vaccine during a clinical trial. (Photo provided by Brianne Dressen)

Dressen is still not teaching and has help with her children. While she still can’t drive, she said she is seeing improvements.

2News reached out to the CDC for response, but none was received.