The suspect in a deadly shooting on a rural Queensland cattle farm allegedly used a rifle to kill three people and injure another during a planned meeting with neighbours.

Police have a 59-year-old man in custody after three people died and another was critically injured on a property outside Bogie yesterday.

The man is a longtime resident in the area and had asked the deceased family to meet at the border between their properties, police say. 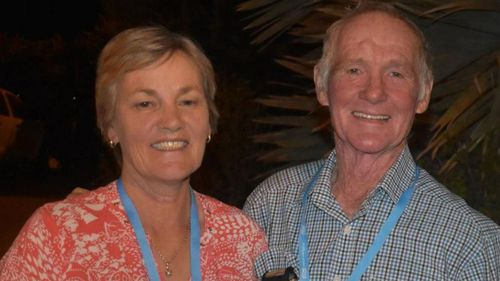 Maree and Mervyn Schwarz were two of three people killed on a cattle farm at Bogie, Queensland

“He will be remaining in our custody and we expect to lay criminal charges related to the matter some time this afternoon,” Mackay district Superintendent Tom Armitt said.

The victims were Mervyn and Maree Schwartz, along with Maree’s adult son Graham Tighe. Her other son, Ross Tighe, survived and called police after being wounded.

They had only moved to the area in the last year, according to police.

“The deceased family in question have only been on their property a short amount of time,” Armitt said. 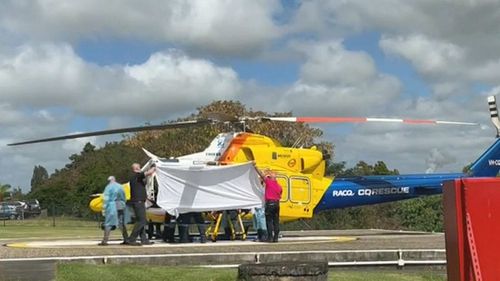 Three people were killed in a shooting at the rural property in Bogie. 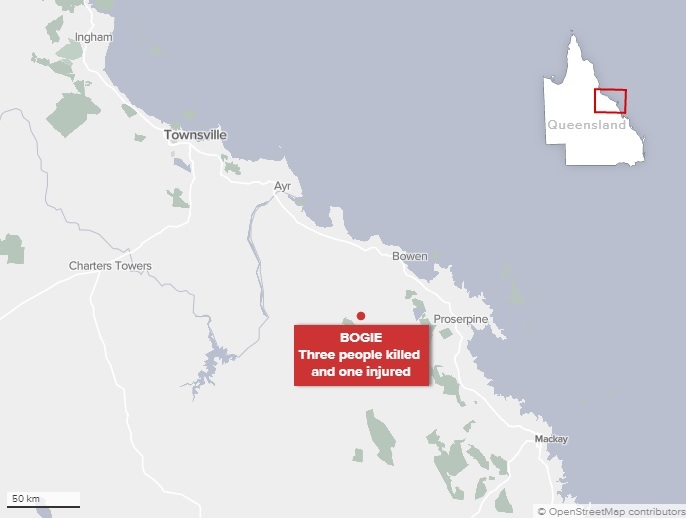 “The person we have in custody is a long-term resident.

“We understand that there was a conversation that occurred the night before, which was the reason why the parties had met at the gate up on the property in the morning.”

The area is “very remote” and the drive between the two properties is about 45 minutes. It is a three kilometre trip from the crime scene at the front gate and the nearest house.

Last night police took five people into custody. Two of these were working in the area for a power company so were questioned and released.

The other three were family from the neighbouring property, and two of them have also been released.

The suspect remains in custody is expected to be charged this afternoon. 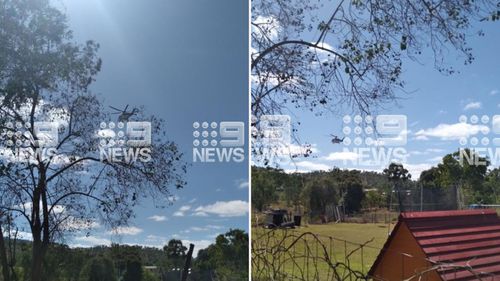 Multiple people were shot at a rural property in north Queensland.

The survivor alerted police about shooting

The sole survivor of the shooting – Ross Tighe – managed to drive 40 kilometres in a red ute while critically injured to alert police.

He was “extremely critical” by the time officers found him.

“Initially police received information that a male person had been shot and he was reporting that three others were other shot,” Armitt said.

“There was some confusion about where the actual scene of the shooting had occurred to police had to traverse a large amount of ground before we actually found where the crime scene was.

“At that particular time, we had a report that three persons had been shot. He believed that they had been killed however we needed confirmation on that,” he added.

He had emergency surgery Thursday afternoon, was interviewed overnight, and will be spoken to again today.

The investigation is ongoing.