System Failure: Commodities Markets, Banks, Currencies and Contracts Begin Breaking Down… and the Consequences Will Be Catastrophic

System Failure: Commodities Markets, Banks, Currencies and Contracts Begin Breaking Down… and the Consequences Will Be Catastrophic

When Nickel prices recently spiked at $100,000 / ton, the London Metal Exchange (LME) decided to halt all trading and reverse over 4,000 trades in order to protect the profits of a China-based mega-player who had been exposed to over $5 billion in margin calls. In effect, the LME declared that it will now pick winners and losers arbitrarily, the markets be damned.

In doing that, the LME committed credibility suicide. There is now no rational reason for any investor or trader to trust any transaction at the LME, not in copper, aluminum, zinc, nickel or other metals. Markets no longer work at the LME, and you are only allowed to “win” a trade if the LME gives you the nod. Wins can also be retroactively stolen from you by the exchange reversing trades. They will actually go back in time to screw you over for past winnings.

Just recently in Canada, the tyrannical Justin Castro Trudeau regime ordered banks to seize private account holdings of citizens who donated to the freedom trucker convoy. Overnight, the contract of banking was ripped to shreds. Banks can no longer be trusted to protect the assets you have deposited with them. Instead, they will steal your money any time the government orders them to do so, utterly without any due process or rule of law, even if you have broken no laws whatsoever.

On a larger scale, the central banks of the world just stole $300 billion in central bank “reserves” owned by Russia. After Russia’s invasion of Ukraine, western banks decided this gave them permission to steal $300 billion in Russian assets, thereby destroying the entire concept of “reserves” in one fell swoop. Now, no rational nation in the world will trust western central banks to hold their reserves in a safe manner. Central banks are now train robbers. They will loot whatever accounts are held by foreign nations they no longer like.

In courtrooms across America and western nations, facts, reason and law are becoming increasingly irrelevant. Prosecutorial decisions are now made entirely based on virtue signaling. If a Leftist murders a Trump supporter in broad daylight, the charges will be dropped against them — this is exactly what happened recently in Colorado. But if a conservative does nothing more than peacefully protest at the nation’s capitol building, they will be thrown into prison for years without trial, even if they violated no laws and did nothing wrong.

If you own a home in America, and you rent it out to someone, you have a rent contract with that renter. But when the covid plandemic got under way, the CDC suddenly declared itself the controlling legal authority over all rent contracts and declared that no renters could be evicted, even if they refused to pay rent. Overnight, the CDC essentially condemned real estate owners to bankruptcy while handing out free housing to renters who quickly became squatters. This is the equivalent of the CDC ordering pizza shops to hand out free pizza to everyone until they go bankrupt, or ordering gas stations to give out free gas. The economic implications of this decision are truly catastrophic and far-reaching. For example, what investor will ever want to invest in providing housing from here forward?

Darth Vader: “I am altering the deal. Pray I don’t alter it any further.”

Combined with the fact that nearly everything has become FAKE now — fake news, fake money, fake history, fake education, fake science, fake medicine, fake elections, fake pandemics, fake shootings, fake hate crimes, etc. — we find ourselves living in a world with no civil compass. There is no longer any real anchor for social contracts and honest agreements that have long kept society running. When you can’t even trust a metals exchange to honor your good faith market bids, you’ve lost the very foundation of free markets and the allocation of capital.

When an honest citizen cannot trust the courts to apply laws equally and without political bias, you’ve lost any remaining shred of “honor” in the legal system and can only conclude that it no longer qualifies as “legal” at all. Every court in America has become a kangaroo court hosting show trials.

When your nation’s money is losing 2% of its purchasing power each month while the central bank prints trillions in new fiat currency — while looting the “reserve” holdings of foreign nations — you know you are living under an authoritarian regime of thieves and gangsters.

Western civilization, simply put, has committed suicide. There is no longer any glue holding it together. The elections are rigged, the money is counterfeit, the news is deliberately fabricated and the propaganda is absurd. We are living in a nation where a candidate for the US Supreme Court (Jackson) just publicly stated that she has no idea what the definition of a woman might be. Yet we are told she will be the “first black woman” on the bench, even as she herself is apparently incapable of realizing that she is a woman (perhaps she should check her britches to find out…). This is the complete idiocy our nation is now facing, and it is a horrifying sign of the final collapse of a failed empire now running on fumes and lies and fantasy delusions.

I will make a bold prediction that will shock some people: It won’t be long before the Ruble is stronger than the Dollar. The dollar is going to zero. The ruble, backed by commodities such as natural gas, will skyrocket to the point where it will compete with a world reserve currency status. (Instead of the “petrodollar,” it’s going to be the “hydrocarbonruble.”)

Russia isn’t at risk of collapsing. The USA is.

Starting this summer, America will be plunged into worsening food scarcity, food inflation, fuel inflation, power grid outages and rising social unrest. From 2022 – 2024, America will be plagued by violent riots in the major cities, and the insane central bank will print trillions in new stimulus money to try to buy off the rioters with “free” money (subject to your social credit score approval, of course). This will only accelerate the devaluation of the dollar, and if the dollar holds any real value by the election in 2024, consider that a miracle.

Today’s Situation Update explores these topics and many more, including updates on Ukraine and Russia: 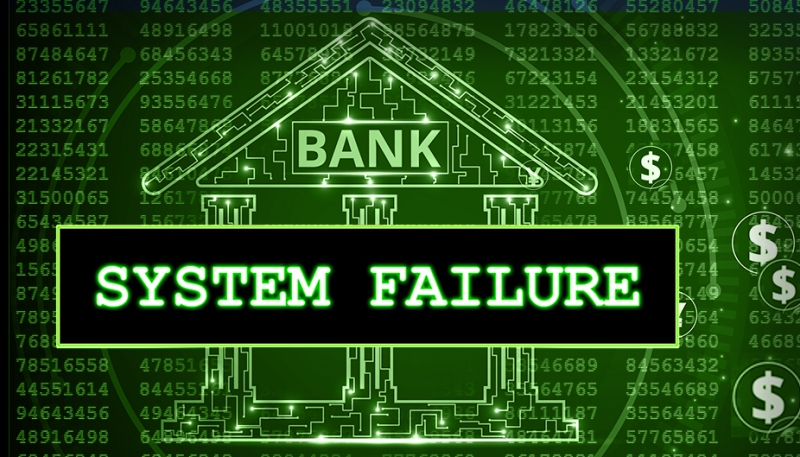