Telegram Has Released Its User Data to the Federal Criminal Police in Germany in Several Cases, Spiegel Reports

Telegram Has Released Its User Data to the Federal Criminal Police in Germany in Several Cases, Spiegel Reports

Telegram has released its user data to the Federal Criminal Police in Germany in several cases, Spiegel reports.

The article below discusses monitoring pedophiles and terrorists, but I note the NGO CeMAS monitors 3,000 German channels for “disinformation, anti-semitism, and right-wing extremism.”

Apparently, if you post what they consider “disinformation”, you’re as dangerous and despicable as a terrorist, or a pedophile.

Telegram has recently been complying with the law, at least a little bit

Even if the company claims the opposite: According to SPIEGEL information, Telegram gave user data to the BKA. The government sees this as a success, but Telegram continues to disregard German regulations. 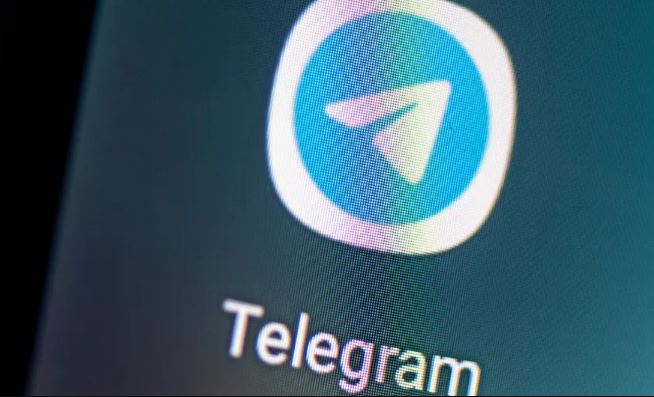 Contrary to what has been publicly stated so far, the operators of the messenger app Telegram have released user data to the Federal Criminal Police Office ( BKA ) in several cases. According to SPIEGEL information, this was data from suspects in the areas of child abuse and terrorism. In the case of violations of other criminal offenses, it is still difficult for German investigators to obtain information from Telegram, according to security circles.

The fact that Telegram provides information about users to authorities at all marks at least a cautious about-face in the course of the company, which was founded in 2013. For a long time, German investigators did not get any answers when they wanted to know who was behind the Telegram accounts that were spreading criminal content online. The operators also explain on their site: “To date, we have shared 0 bytes of user data with third parties, including all governments.”

In 2018, Telegram founder Pavel Durov announced a privacy policy overhaul that would allow his service to release IP addresses and phone numbers if ordered by a court. “That has not happened to date,” says the relevant section of the policy. A half-yearly updated transparency report channel from Telegram has also not recorded any data transfer to authorities. Durow and his PR department left a SPIEGEL inquiry about the obvious change of heart unanswered.

In recent years, Telegram has become increasingly popular, especially among lateral thinkers and right-wing extremists – not least because of the statements by the operators that they generally do not cooperate with governments and their authorities. Experts have already described a scene of particularly extremist online activists who communicate via Messenger as “Terrorgram”. In various channels, instructions on how to build weapons or mix deadly poisons could be found. The operators are also criticized because their app calls for violence against politicians, activists or scientists. ( Read more about how Telegram became a kind of pocket dark web here. )

The Federal Ministry of the Interior has been in direct talks with Telegram since early February to get the service to cooperate with German authorities and block criminal content. During the first exchange, Telegram boss Durow appeared personally in a hoodie in the video call, along with three other high-ranking representatives of the company, including, to the surprise of the ministerial, a senior German-speaking employee. Participants described the exchange afterwards as thoroughly friendly and constructive. Durow emphasized the importance of the German market and signaled that he would take the concerns and demands seriously. It was agreed to set up a reliable direct channel at the working level.

Telegram has now also set up an email address specifically for the BKA. This is where investigators go when they come across criminal content during investigations that Telegram should block. The BKA has now reported more than a hundred German channels and groups to Telegram, and almost all of them can no longer be reached from Germany , according to circles entrusted with the processes.

Interior Minister Nancy Faeser explained that she had built up considerable pressure since her first day in office to get Telegram to cooperate: “This pressure is working,” said the SPD politician. However, the minister also sees ongoing problems with the service. The app should no longer be an accelerator for right-wing extremists, conspiracy ideologues and other agitators, says Faeser. “We will continue to push for the platform to comply with legal obligations.”

Experts continue to see a lot of right-wing extremist content

The German organization Center for Monitoring, Analysis and Strategy (CeMAS) registers more blocks and deletions than in the previous year, but has so far not been able to identify any fundamental change of course at Telegram. It now automatically monitors around 3,000 German-speaking channels and groups in which conspiracy ideology and right-wing extremist content is disseminated. From this pool, 81 channels and 90 groups are currently restricted or blocked, says CeMAS expert Josef Holnburger. In the entire previous year, only 25 comparable channels and groups had disappeared.

The blocks still seemed unsystematic and very arbitrary – so there are still many channels and groups of the right-wing extremist Attila Hildmann.

Meanwhile, Telegram is threatened with fines of up to 55 million euros due to two fine proceedings by the Federal Office of Justice. The authority accuses the Messenger of violations of the German Network Enforcement Act . The Bonn office opened the two procedures in spring 2021. However, despite several attempts, the official letters could not be delivered to an official Telegram address in Dubai.

In March of this year, the Federal Office of Justice therefore chose the unusual route of public service and published the letters in short form in the Federal Gazette . In the meantime, a law firm representing Telegram in the matter has viewed the full version of the hearing letter in Bonn.

For Federal Minister of Justice Marco Buschmann (FDP), the development shows that “no one can duck away if they cannot be reached”: “Our constitutional state is defensive and assertive – also towards foreign providers”. Telegram is obliged to set up complaint systems for reports of criminal content by users, according to the minister. The lack of such a legally required, permanently accessible service procedure is also one of the allegations in the ongoing fine proceedings.

Actually, Telegram should have answered the allegations made in it by the end of April, but in the meantime the law firm commissioned by the company had asked for an extension of the deadline. According to SPIEGEL information, this postponement also expired on June 1st.

It remains to be seen whether the new informal channels and contacts between the Ministry of the Interior and those responsible will prove to be really sustainable and resilient after the first positive signals.

A telegram/we chat style platform will be realised soon as an alternative to the increasing censorship threats telegram is facing.

As mainstream media dies, Truth Group and its platforms rise. Alternate independent media and alternate social media is booming. Every billion in market cap they lose is for the Truth Group to gain.

Some of the Apps are launched already, such as Truthbook.social the alternative to Facebook with tens of thousands of users already posted over 100,000 posts in its short time since soft launch, with many becoming available soon.

PrevPreviousIs Elon Musk Looking at Backing Multiple Censor Free Social Media Companies, Such As the Likes of TruthGroup, After His Dad Said He Shares the Same Views, After an Interview on the Australian National Review, ANR TV It Recently Acquired
NextThe Sequel to the Fall of the Cabal – Part 7Next