The Government Has Betrayed You and Sold You to China” – Riccardo Bosi, Leader A1 Party

The Government Has Betrayed You and Sold You to China” – Riccardo Bosi, Leader A1 Party 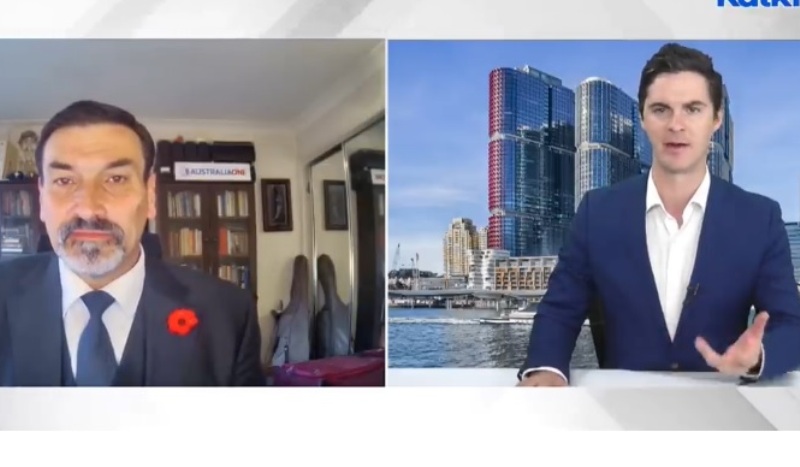 RAY
EVERYONE I KNOW VOTED LABOR, LIB, OR GREENS FOR YEARS. THIS NEXT ELECTION WILL BE THE BIGGEST ELECTION IN HISTORY. THE UNITED AUSTRALIA PARTY, ONE NATION, AUSTRALIAONE, HAVE OUR VOTES. CRAIG KELLY HAS SHOWED EVIDENCE, IVERMECTIN SOLD IN 32 COUNTRIES KILLS CV. AND YESTERDAY SHOWED EVIDENCE THE VAX INJURIES ARE 2 IN EVERY HUNDRED. WHY ARE LABOR LIB GREENS BLOCKING THE USE OF THIS SAFE DRUG. WHY ARE DRs AND MSM COVERING UP ALL THE VAXED VICTIMS IN HOSPITALS, ALL THESE PEOPLE WHO DIED AT HOME FROME HEART FAILURE, MANY HEART PROBLEMS. THE USA HEART FOUNDATION CAME OUT AND SAID THE VAX INCREASES HEART ATTACKS BY 25%. RESEARCH PEOPLE. DID YOUR LOVED ONE DIE AFTER HAVING THE VAX, BUT DRs SAY IT WAS CV, WAS IT…. ASK QUESTIONS. GET LAWYERS INVOLVED AND GET ANSWERES. THE VAX KILLS PEOPLE

Mobe1969
Bosi is awesome. I just hope there is enough backlash against the current Uniparty that we can break this BS preferential voting system.

Matto1982
The foundations are compomised!!! we need to rebuid from new.

AndeorHaruģhra
The voting system is the same as the terrorist regime that is masquerading as de jure government; whatever vote we think we might be taking will be fake just like the government; fake, the MSM; fake, the Medical fraternity; fake, police; fake, DF; fake, all other tears of the system; fake. We are perilously hanging on to the last days before the collapse of rule of law and into the new world order of slavery or die. We must ask God for forgiveness and guidance to get out of this one; we must hearken to God and Jesus Christ and not comply with the evil rulers who only have power because we have forsaken God; we have turned away from the face of God and God has done likewise with us. All we have to do is repent and follow God’s commandments and God through Jesus Christ will have mercy on us. God speed.

zm23491
Turn the f*ckin background music off, FFS. This news anchor is not very informed asking typical MMS sheeple questions, i think he does not believe what he is hearing, he probably thinks Ricardo is some crazy conspiracy nut.

PrevPreviousFelony Crimes End Pharma Immunity: US Criminal Conspiracy Strikes Root of C0VID Nightmare
NextIt’s Political Theatre To Keep You in Fear… They Are Not on Your Team!!!Next