The Info Is Slowly Coming Out

The Info Is Slowly Coming Out

The info is slowly coming out. 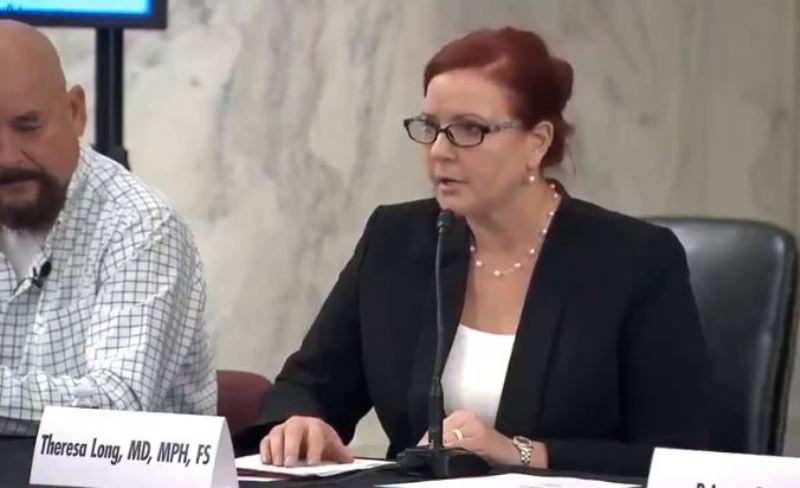 Jan Jones
Well said ! Thank u for speaking out ! It’s outrageous how people r not allowed to speak up ! An shame on all the politicians !!

Vivien Allen
And yet we are continually pushed and forced to be vaccinated.

Stephen Martin
When I had my first jab I ended up with what felt like full-blown flu then I had my second jab I ended up with chronic pain in my the side of my elbow and nosebleeds it’s roughly 2-month since I had my second jab and I am so getting the nosebleeds but pain is only just started to ease so why most definitely will not be getting any kind of booster jab’s and I live in the UK but you try to tell someone officially and they laughed it off they don’t want to know and now they are forcing our medical staff and care home staff to have the vaccine or lose your job but I’m sure under international law they are breaking the law.

Talleulah Bell
It is illegal to give the military experimental drugs

Marcus Spinley
Strid Velkyrie 2 months of safety Data . Took 40 years to figure out DES caused sterility and genital cancers in the daughters of mothers who took the drug . I think the way to lobby against these pharmaceutical companies is to show how time and time again they have chosen profit over safety . These companies , thanks to collusion with the fda , have needlessly destroyed millions of lives for the sake of the dollar . All their dirty laundry is out there to see , as horrible as it is , but people still refuse to see it.

Aleisa Allan
Brave Brave woman! Which there was more people in the world who has the GUTS to actually stand up to the bastards who believe that other peoples lives a worthless.

Aleisa Allan
What always gets me is they call it a “vaccine” when from the description it is merely a preventative! True vaccines such as polio and small pox vaccines are NOT taken yearly, your shot and maybe a booster YEARS later. So how on earth can they call this abomination a “vaccine”.

Kim Bamford
Wow! Thank you so much for your courageous and inspirational voice of truth. Sending so much love and strength to you beautiful soul, you are a true hero and legend. I salute you.

Byron Allport
I tried to share this on FB in Australia snd had it removed snd my FB account restricted for 90 days.
They don’t want people to hear the truth.

Nial Munro
Have seen other parts of this video and its a tough watch to hear about people losing their friends and family to these jabs.

Rachel Aspogard
More physicians need to speak out! This woman’s attitude is ‘the do no harm’ attitude which is taught at medical school…now it’s don’t let them see you ‘do harm’. Shameful!

PrevPreviousIf You Have Friends That Haven’t Figured Out BS 19 Is a Fraud and Still Think the Pathway Back to Normal Is Become a Pfizer Sponsored Pin Cushion
NextBiggest Lies We Were Taught in School!Next