By Krystal Hu and Helen Coster

Similar to Twitter, the app offers features to follow other people and trending topics, according to demo photos. Its message equivalent of a tweet will be dubbed “truth”.

The app’s launch would come 13 months after Meta Platforms Inc’s (FB.O) Facebook and Twitter banned Trump for encouraging his supporters to participate in the Jan. 6 attack on the U.S. Capitol based on unsubstantiated claims of widespread fraud in the 2020 presidential election.

Marking the one-year anniversary of the attack, U.S. President Joe Biden said on Thursday that his predecessor’s false claims could unravel the rule of law and subvert future elections.

TMTG and Apple did not respond to requests for comment, but a source familiar with the matter confirmed that Feb. 21 is the planned launch date of the app.

The launch is expected to be the first of three stages in TMTG’s development. The second would be a subscription video-on-demand service called TMTG+ with entertainment, news and podcasts, according to the company website. A November investor presentation indicated that TMTG also wants to launch a podcast network.

TMTG is valued at $5.3 billion based on the stock price of Digital World Acquisition Corp (DWAC.O), which rose 20% after Reuters reported the app’s listing on the App Store. TMTG agreed in October to merge with the blank-check firm at a valuation of $875 million.

Trump supporters and retail investors have snapped up Digital World’s stock, betting that Trump’s popularity with his Republican political base will translate into commercial runaway success.

Trump canceled a news conference at his Mar-a-Lago estate in Florida that had been scheduled for Jan. 6, marking the one-year anniversary of the Capitol attack. He said he will instead deliver remarks at a rally in Arizona on Jan. 15. 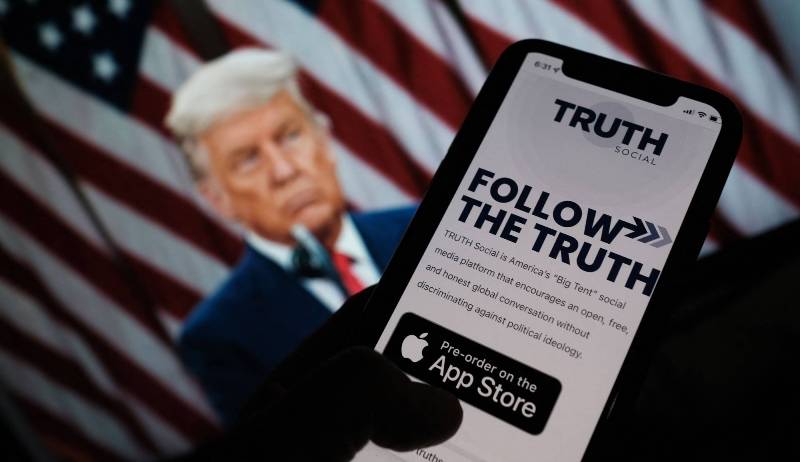