Why We Can’t Have a Nice Independence Day

Why We Can’t Have a Nice Independence Day

On July 3, 1776, shortly after the approval of the Declaration of Independence by the Second Continental Congress, John Adams wrote to his wife Abigail. “I am well aware of the Toil and Blood and Treasure, that it will cost Us to maintain this Declaration, and support and defend these States,” Adams wrote. “Yet through all the Gloom I can see the Rays of ravishing Light and Glory. I can see that the End is more than worth all the Means. And that Posterity will tryumph in that Days Transaction, even altho We should rue it, which I trust in God We shall not.”

That trust was justified in its time and ever more justified over the course of subsequent centuries. The United States has been an unprecedented, incomparable boon to humanity. It is the most powerful country in world history. It has freed millions around the globe, raised billions from poverty, and shaped the destiny of entire countries and continents around the principles of the Declaration of Independence.

And now, it seems to be falling apart.

On July 4, National Public Radio abandoned its traditional reading of the Declaration of Independence in favor of a discussion of “equality.” Paul Waldman of The Washington Post wrote that it was time to “declare our independence from the Founding Fathers,” explaining that the “America of 1789 becomes a prison the conservative justices (of the Supreme Court) can lock us all in whenever it suits them.” The Associated Press observed, in the aftermath of another mass shooting in Highland Park, Illinois, “A shooting that left at least six people dead at an Independence Day parade in a Chicago suburb rattled Monday’s celebrations across the U.S. and further rocked a country already awash in turmoil over high court rulings on abortion and guns as well as hearings on the Jan. 6 insurrection.”

And, according to Gallup, this July 4, the lowest number of Americans in recorded polling history identified as strongly proud to be American: just 38 percent. That number breaks down in highly partisan fashion: 58 percent of Republicans say they are extremely proud to be American, while just 26 percent of Democrats do. That gap is consistent across time. But for everyone—Republicans, Democrats, and Independents—the number has declined.

There is a reason for that: we no longer have a common vision of what it means to be an American. From the Right, it seems that the founding principles of the nation, as articulated in the Declaration and Constitution, are under attack; therefore, pride in America has declined, particularly since 2019. From the Left, the founding principles themselves are the problem; movement away from those principles has coincided with increase in Democrat pride, which means the Trump and post-Trump era (2017 onward) correlates with an extraordinary drop in pride in America.

All of this materializes in the constant polarization of nearly every issue. For communities with a shared set of principles, individual maladies do not represent deeper philosophical cancers; for communities with heterogenous principles, every malady can be attributed to cancerous divides multiplying and manifesting. Thus, every mass shooting turns into a referendum on deeper American divides, rather than into conversations about best political policy; every Supreme Court decision turns into a debate over whether America ought to overthrow all existing institutions or to reinforce them.

Under those circumstances, America looks very much like a nation reverting to an Articles of Confederation—a loose alliance of states with little common interest outside of preserving open conflict—and less like a nation governed by a common philosophy under founding ideals. And that means that the Fourth of July will become less and less important in public life. After all, if we are supposed to celebrate what we share, and if we share nearly nothing, what precisely do we celebrate? 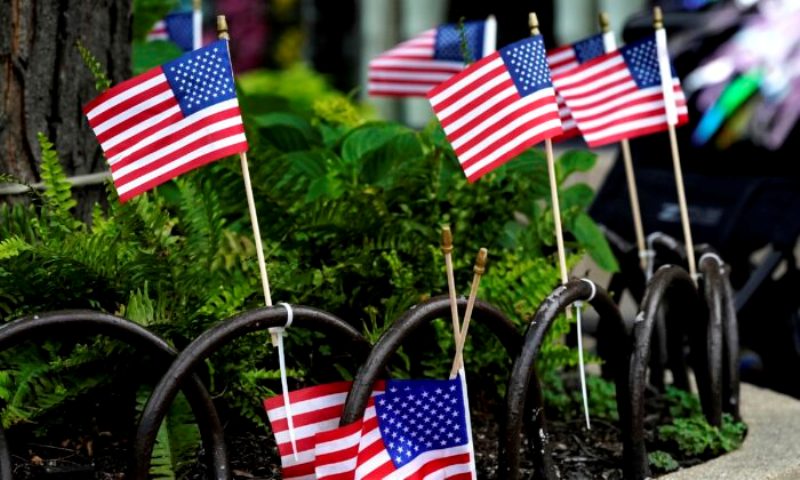 PrevPreviousJon Voight: I’ve Been Speaking Out For Quite a While
NextUnbelievable Underwater Cities that Have Re-emerged From the DepthsNext